An article in today's New York Times tells a very troubling tale of a New Jersey high school junior whose early hopes for a great high school experience at an elite school were dashed - and worse - almost from the get-go, because of a series of incidents that shook her to the core.

The first incident was when fellow students shared to a group chat a photo scrawled on the sand of the beach stating "“I h8 Jews,” to which another student responded, "Yearbook cover."

Over the course of time, this student observed a series of students publicly reading "Mein Kampf," Hitler's personal diary - which was also recommended as good reading by one of the faculty; other students denigrating another teacher as "an obnoxious Jew." 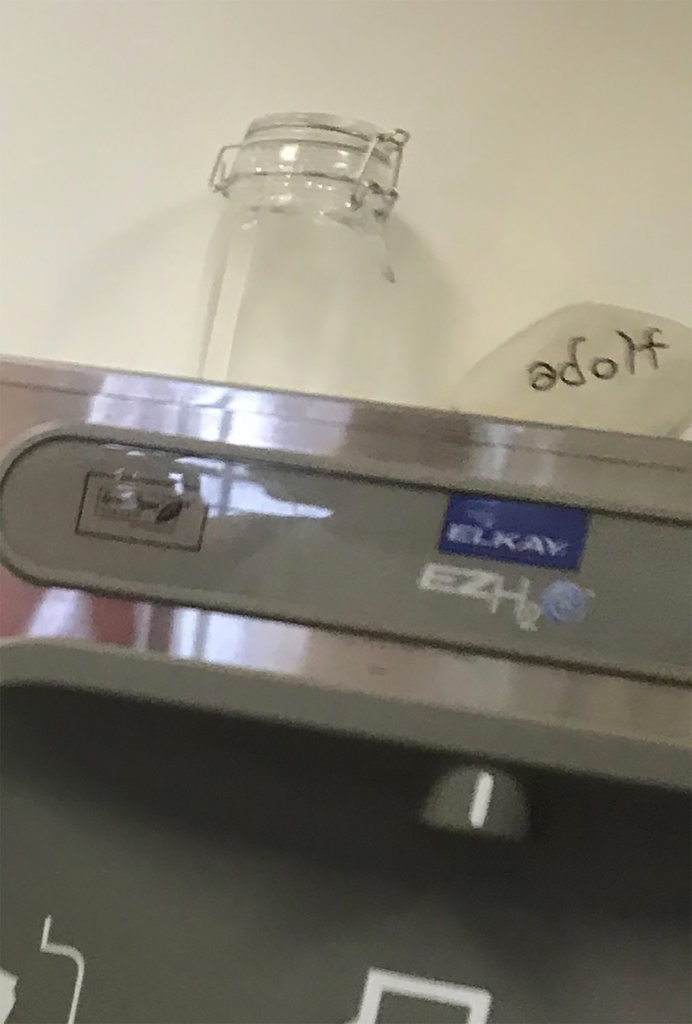 In another incident, a rock was left behind this teen's seat. Although the word “Hope” appeared to be written on it, that was a ruse; turned upside-down, the letters spelled “adolf,” an anti-Semitic meme meaning “Adolf is our last hope.”

You can see the image for yourself:

The school's principal, to his credit, tried to address the issue. Unfortunately, his efforts backfired; the girl became a pariah, because the fellow students who had engaged in the anti-semitic behavior had been suspended, and this girl was blamed for their fate.

Did the Punishment Go Too Far - Or Not Far Enough?

The classmates rallied around the suspended students, claiming that this "whole thing was being blown out of proportion," particularly given that:

1) these were kids who claim they are not anti-semitic, and they were just joking around; and,

2) they were all under 18 years of age, and now, as a consequence of an investigation by the New Jersey State Attorney General and a lawsuit filed by this teen, two of the students involved in these incidents have had their college acceptances revoked, which certainly has the potential to have a drastic impact on their immediate and long-term futures.

To be sure, there is some merit to the argument that wherever possible, you want to avoid stigmatizing or damaging teens for the long term for bad judgments they showed while they were still minors. Sometimes, no ill will is really there, and it can be, on occasion, a question that the child on the receiving end of the "jokes" is being overly sensitive.

But there is another side to that coin, with a directly competing interest that raises several questions, including where the line between joking behavior and nefarious bullying is drawn. To borrow a line, there is a very real risk that "Those who are kind to the cruel will end up being cruel to the kind." As a corollary to that point is the question how to avoid situations, like the one that occurred here, where the victim ends up being doubly harmed: first, by the underlying incidents, and then afterward, when she and her family are shunned and blamed for the consequences flowing from the offending students' actions.

Personally, I don't think the teens who were penalized in this particular instance were just making innocent jokes. The incidents set forth above, had you substituted any other minority for "Jew," would be horrifying to any normal person. The fact that a slew of teenagers felt it was both OK and safe to not only make such comments, but to share them speaks to a much larger, institutional problem.

At the end of the day, there is clearly no one size, fits all solution to these questions. But they need to be addressed in a meaningful way - starting with the parents, and the home.