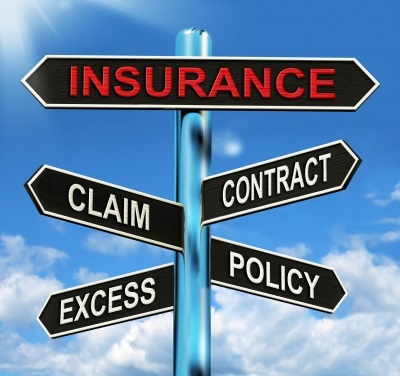 Having been down a similar road with respect to my own house several years ago, I found myself cheering when I read this decision from a Westchester County trial court, holding an insurer guilty of bad faith, and being forced to pay their insured for it.

In Carden v. Allstate, the plaintiffs were forced to rent another place to live when their home sustained serious fire damage. When they put in a claim under their homeowner's policy, however, Allstate engaged in a modified version of the standard 3 "D"'s - deny, delay and defend. (For an interesting expose on this topic, see Anderson Cooper's report on insurance companies' tactics, click on the link under the 3 "D"'s.)

As the Court noted in its opinion, after first offering a low-ball offer that clearly did not cover the plaintiff's losses that were required to be covered under the homeowner's policy, they increased their offer - but it was still woefully inadequate, and forced plaintiffs to seek an independent evaluation, and for the appointment of an umpire to properly determine the appropriate payment they were entitled to under the policy. This umpire found that Allstate's last offer was nearly $300,000 too low (and roughly $200,000 less than Allstate's own independent adjuster's estimate). And, despite an express provision in the policy entitling the plaintiffs to Additional Living Expense ("ALE") for a maximum of 12 months during the reconstruction, Allstate refused to do so.

Left with no choice, the plaintiffs sued for breach of their insurance agreement.

How the Court Lambasted Allstate for Its Bad Faith

In finding Allstate guilty of bad faith, the Court stated as follows:

"As in all contracts, implicit in contracts of insurance is a covenant of good faith and fair dealing, such that a reasonable insured would understand that the insurer promises to investigate in good faith and pay covered claims (Bi-County Market, Inc. v. Harleysville Ins. Co. of New York, 10 NY3d 187, 193 [2008]).

"[D]ue to the delay in the settlement process and consequent delay in reconstruction, Plaintiffs were forced to remain out of the dwelling for 18 months. Under the Policy, Plaintiffs were entitled to Additional Living Expense ("ALE") for a maximum of 12 months which Defendant refused to extend ..

Here, the Plaintiffs have submitted evidence in admissible form that Defendant offered Plaintiffs $265,000 and then $575,000 on a claim ultimately determined to be, and paid, in the amount of $832,982, and that Plaintiffs suffered damage due to the delay in reconstruction of their Dwelling due to Defendant's bad faith delay in settling the claim. This makes out a prima facie claim for breach of the covenant of good faith."

Make no mistake; an award of bad faith against an insurer in New York is extremely rare. In fact, New York's appellate courts usually dismiss bad faith claims against insurers.

All the more reason why I hope these plaintiffs savor their hard-earned victory.

by Jonathan Cooper [email protected]
Connect with me
Non-Compete, Trade Secret and School Negligence Lawyer
1 Comments
It is strangely satisfying to see a plaintiff receive satisfying from such triple D tactics as All State Insurance employs in its claims process. Dealing with such bureaucracy is extremely frustrating to the consumer.
by Robert W. Myers, JD March 9, 2016 at 10:13 PM
Post a Comment