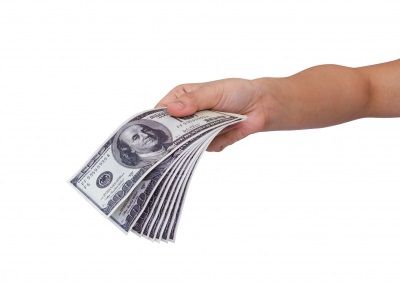 A while back, I wrote about Estee Lauder, Inc. v. OneBeacon Insurance, an important case that helps define the issues in deciding whether to fight against an insurance company's wrongful disclaimer of coverage (see "Why it May Pay to Fight a Disclaimer of Coverage Under NY Law").

Having won the initial battle, and secured an Order requiring the insurance company to defend their interests in the underlying lawsuit, Lauder now sought an Order mandating that the insurer pay their legal fees incurred in forcing the insurer to honor the insurance policy, which in legalese is called a "declaratory judgment action."

This time they weren't as lucky.

In a decision that was handed down a few years back, the New York County trial court held that Lauder couldn't recover its legal fees for the declaratory judgment action because Lauder - rather than OneBeacon - started the lawsuit, and therefore, was "never cast in a defensive position by the insurer."

The Trial Court Acknowledges Its Own Decision Makes No Sense

Frankly, I think this result is absurd; an insured is penalized because they actively pursued their rights rather than sitting on their hands? Fortunately, I'm not alone in this assessment.

In fact, the trial court acknowledged the absurdity of this result, but felt that its hands were tied by precedent:

"The Court is mindful of the 'strong policy reasons against adopting a rule of law that would reduce the incentives for insurance companies to defend in the underlying tort actions and that would likely shift the burden of obtaining a declaratory judgment from the insurance company to the insured'" (Nationwide Mut. Ins. Co. v. Welch, 988 F Supp 629 [SDNY 1997]).

"Insurers could simply deny defense as a matter of course, and wait for impending actions by their insureds, without risk of incurring any liability for the insureds' defense costs in resulting litigation (Folksamerica Reinsurance Co. v. Republic Ins. Co., 2004 WL 2423539 [SDNY 2004] (the Mighty Midgets doctrine seems to provide "a perverse incentive" for the insurer "to refuse to defend in the underlying suit, thereby leaving it up to the insured to bring a declaratory action seeking coverage'")).

"There is the potential that insurers might shrink from their defense obligations under their policies and categorically deny their insureds' tenders of defense in an effort to reduce their financial exposure, without risk of incurring any additional liabilities or expenses associated with issuing and maintaining policies. However, until the legislature determines otherwise, this Court is constrained to interpret the law as it currently stands."

Giving Credit Where Credit is Due

I have to accord credit to Lauder's attorneys here.

Because they didn't appeal this decision, and run up Lauder's legal fees unnecessarily; they took their shot, but realized that it was highly unlikely, given the current state of the law in New York, that an appellate court would reverse the trial court's decision.