Appeals Court: In Some Cases, Employer Can Recover Legal Fees - Even if They Lose 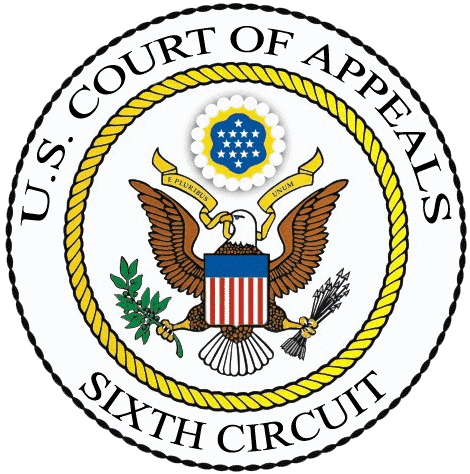 This is a very big deal.

Earlier this year, the United States Court of Appeals for the Sixth Circuit issued a fascinating ruling in Kelly Services v. Dale De Steno, et al., No. 18-1118 (6th Cir. 2019) - and one with significant implications for employers and employees alike in the non-compete context.

More specifically, the appellate court upheld the lower court's ruling that the former employer was entitled to recover the legal fees they incurred in bringing the lawsuit seeking to prevent (or, in legalese, "enjoin") the defendants (their former employees) from taking on new jobs with a competitor - and here's the important point - regardless of whether they won the lawsuit or not; rather, according to the Court, the threshold - and only - relevant inquiry was whether the former employer incurred those legal fees in trying to enforce the terms of the non-compete.

What Happened in the Trial Court

In the Michigan District Court, Kelly sought a preliminary injunction barring the defendants from going to work for a competing company while the lawsuit was pending. Following a hearing, the District Court granted Kelly's application, noting, in pertinent part, as follows:

"The Defendants are working for staffing companies in the same market they serviced for Kelly within weeks, even days, of leaving Kelly. The Court is especially troubled by the Defendants’ suggestion that they were working in IT, and not engineering, staffing . . . . In sum, because the agreements are reasonable, and the Defendants have almost certainly violated them, Kelly has demonstrated a likelihood of success on the merits."

Ultimately, the defendants moved for summary judgment, seeking dismissal of Kelly's claims on the grounds that the non-compete agreements were unenforceable as a matter of law, and further sought to have Kelly's claims to recover their legal fees dismissed because Kelly never actually won their lawsuit, or, as the defendants put it, "the district court’s grant of preliminary injunctive relief did not amount to a determination of the merits of Kelly’s claims."

But the trial court agreed with Kelly, holding that Kelly's right to recover their legal fees did not turn on whether they outright won or lost the lawsuit, stating:

"The attorney’s fees section is distinct from the noncompete clause, and there is no language specifically linking the two. Moreover, the parties did not include language requiring Plaintiff to prevail before it was entitled to the fees. Accordingly, a plain reading of the contracts suggests that the parties intended for Defendants to pay attorney’s fees if Plaintiff merely sought to enforce the contracts. And enforcement is precisely what the lawsuit involves: Plaintiff, albeit not on the merits, persuaded the Court to enter an order enjoining Defendants from competing for the duration of the noncompete clauses."

What the Appellate Court Held

In affirming the trial court's order that granted Kelly's request for attorney's fees, the Sixth Circuit stated as follows:

"Given what the defendants agreed to in their employment agreements, the district court was correct to conclude that defendants owe Kelly attorneys’ fees. De Steno agreed that he would “pay Kelly’s reasonable attorney’s fees and costs involved in enforcing this Agreement.” Persico and Peters agreed “to pay any and all legal fees, including . . . all attorneys’ fees . . . incurred by the Company in enforcing this Agreement.” Kelly brought an action to enforce the employment agreements, the district court granted Kelly’s request for a preliminary injunction, and the defendants were prohibited from working for an alleged competitor for one year, the full scope of injunctive relief available under the employment agreements. Kelly’s attorneys’ fees in this case were, under a plain reading of the contracts, “involved” or “incurred” “in enforcing” these agreements, and therefore, under a plain reading of the contracts, Kelly is entitled to have the defendants pay those fees."

At the risk of stating the obvious, both employers and employees need to take extreme care in drafting and vetting the attorneys' fees provisions of the employment agreements - before they are signed. From the employer's perspective, it is important to note that there are some courts that will allow such provisions to stand if drafted properly (for other scenarios and courts that will not honor such provisions, see "When You Can't Recover Legal Fees - Even if the Contract Says So"); from an employee's perspective, you want to try to make sure that the language for recovery of attorneys' fees is relegated to the "prevailing party," at the risk of being responsible for the employer's fees - even if the employer ultimately loses the case.