Constructive Fraud: How to Recover Money When They Cut & Run 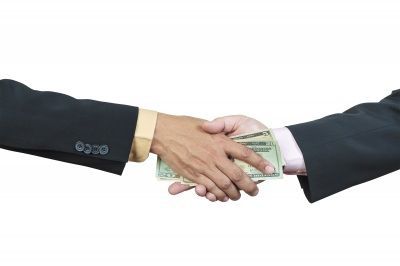 Many small businesses' recurring nightmare, particularly in this economy, looks something like this:

Debtor D (we'll call him "D," for short) owes you tens of thousands of dollars for product that you delivered months ago. When you inquire as to what the delay is in receiving payment, you get a run-around, and ultimately find out that D's company was taken over by a small, closely held company whose priorities clearly do not include paying your bills.

By now, you've put them on formal notice that unless D pays the bills in full, a breach of contract suit will be brought.

Recognizing that he will have no viable defense to your claim, the principal of D does what many short-sighted executives do: he divests the company of as many assets as possible, as quickly as possible, transferring properties into the name of his wife and other family members for little or no consideration.

Why Just Giving Up on Recovering Your Money May, in Some Cases, Be a Terrible Mistake

While many people in that situation would throw up their hands at this point, that may prove to be a terrible mistake. And that is because they are likely unaware of the doctrine of constructive fraud - the cousin of the alter ego/piercing the corporate veil doctrine.

Unlike common law fraud principles, which require a showing of intent to defraud (which is difficult to prove), New York's Uniform Fraudulent Conveyance Act (UFCA), as codified in Article 10 of the Debtor and Creditor Law at 270-281, has several provisions that do not require a claimant to prove that the defendant had actual intent to commit a fraud, and some of these provisions, such as section 273-a (entitled "Conveyances by defendants"), were specifically drafted to prevent debtors from escaping their obligations in a lawsuit.

This doctrine is commonly referred to as "constructive fraud."

There is one important catch, however:

In New York, as in other jurisdictions, "[A] transfer may not be challenged as fraudulent unless it prejudices the complaining creditor."

In other words, in determining whether a creditor has been prejudiced, courts consider what rights, if any, the creditor would have had to levy on the property had the problematic conveyance not occurred. And if the creditor (i.e., you) would never have been able to recover any of that money because your claim was so far back in line of the creditors, you will still be out of luck.