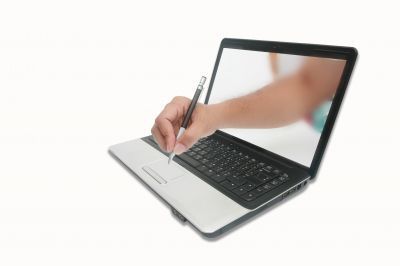 To be sure, neglecting to reduce your agreement to writing isn't a good thing. And certainly, in hindsight you can easily wonder how you let that happen. But thinking those thoughts aren't terribly productive, and won't solve anything.

On the other hand - and the importance of this cannot be overstated - you should know this:

Just because you failed to reduce your agreement to writing doesn't necessarily mean that you are completely without legal recourse.

There are some circumstances where a plaintiff can still recover his or her damages flowing from a breach of contract. (For more on this topic, please see the free e-book, "When You Don't Have a Written Agreement").

That's where e-mail comes in.

Under New York Law, Email May Be More Than Enough to Establish an Agreement Between the Parties

In a recent case involving a breach of employment contract and non-compete case where the trial court held that the parties did not extend their prior agreement inasmuch as there were only emails between the parties going back and forth, New York's Appellate Division, First Department pointedly went out of its way to state the following:

Preliminarily, we reject Supreme Court's conclusion that correspondence such as the emails here do not suffice as documentary evidence for purposes of CPLR 3211(a)(1). This Court has consistently held otherwise.

In fact, even in the context of an agreement for the sale of goods - which normally does have to be reduced to writing -. an email may suffice, so long as the following essential terms are covered in the parties' correspondence: (1) quantity;  (2) price; and, (3) time and manner of delivery.  However, New York's courts have also explictly held that "[T]he fact that one or more of these terms is left open is not fatal. See, Bazak Int'l Corp. v. Tarrant Apparel Grp., 378 F.Supp.2d 377, 389-90 (S.D.N.Y. 2005) (Marrero, D.J.) (e-mail confirming oral agreement created issues of fact concerning whether parties intended to be bound).

The takeaways from the foregoing are really rather simple - and obvious: