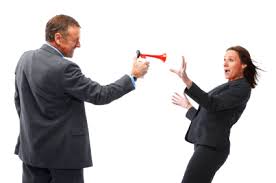 Earlier today, an attorney friend of mine uncorked this pearl of sarcasm:

Sometimes, it certainly seems that way.

His comment should be put into context: I was venting my frustration at being present for a court conference in a breach of non-compete case where the parties were trying to set out firm dates for the completion of discovery, including the exchange of some outstanding documents, as well as depositions.

One of the defendants' attorneys then pipes up and starts ranting that the documents we had previously exchanged conatined some irrelevant information (although he conceded that, even according to his view, some of it was directly relevant), and that my client's case was "frivolous."

At that point, the judge's law secretary looks up and asks, "Okay, I hear what you're saying, and you may be right, and, if the evidence bears out your version of events, you may later get the case dismissed. But what's your point as we sit here today?"

He wanted the court to issue an order denying my client the right to obtain further discovery or depose any of the defendants - based on his say-so alone.

Mind you, my client's case was not frivolous; not in the least. But even if it were, can you imagine a situation where a court will effectively dismiss an action without any proof, just based on which attorney screams louder?

Yet, that's exactly what this attorney was trying to do.

It was arrogance in the extreme. And, fortunately, the court would have none of it. But, in the interim, it's these kind of shenanigans that gives lawyers a bad name.