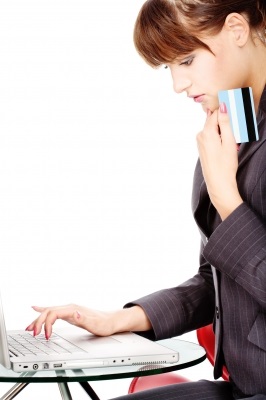 As we wrote q while back in "E-mail Mistakes That Can Cost Your Small Business in Court," there is no such thing as an innocuous e-mail.

At least not anymore.

In Grimaldi v. Guinn, the plaintiff sued the Pennsylvania-based defendants for breach of contract, business fraud, and also sued under New York's deceptive advertising statute, General Business Law 349, because he handed over his vintage 1969 Camaro to the defendants to add a specialized manifold and carburetor assembly.

Months later, his Camaro, which was valued at over $100,000 beforehand, was returned to him in bags.

In response to the plaintiff's lawsuit, the defendants moved to dismiss the claims on the grounds that the New York court lacked personal jurisdiction over them because they had no meaningful contacts with New York State.

The Critical Difference Between "Active" and "Passive" Websites

In affirming the trial court's denial of the defendants' motion, New York's Appellate Division, Second Department set forth, in (relatively) clear terms, the standard for conferring jurisdiction on a foreign (i.e., non-New York-based) defendant based on contacts that were made via the internet:

"The purposeful creation of a continuing relationship has been a contributing factor in finding sufficient contacts to justify the exercise of long-arm jurisdiction ... If the foreign company maintains an informational Web site accessible to the general public but which cannot be used for purchasing services or goods, then most courts would find it unreasonable to assert personal jurisdiction over that company ...

"However, passive Web sites, when combined with other business activity, may provide a reasonable basis for the assertion of personal jurisdiction ... If a Web site provides information, permits access to e-mail communication, describes the goods or services offered, downloads a printed order form, or allows online sales with the use of a credit card, and sales are, in fact, made ... then the assertion of personal jurisdiction may be reasonable."

From the litany of cases from other jurisdictions cited by this opinion, it seems rather clear that this standard is equally applicable in other states as well. Therefore, when establishing your web presence and/or contacts with prospective clients or customers, it is critical that you remain cognizant of the jurisdictional implications of your communications.