How Bad Behavior in Fiduciary Breach Case Ended in Disaster 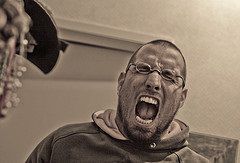 In a case that should sound a warning to ill-tempered, egomaniacal bosses everywhere, a jury awarded five of former Guess CEO Georges Marciano's employees a total of $370 million  on their counterclaims for intentional infliction of emotional distress, libel and defamation. The initial action, which sought monetary damages for these former employees' alleged breach of fiduciary duty, embezzlement and fraud was filed by Marciano roughly two years ago.

How Bad Could it Get When a Client Misbehaves? Pretty Bad.

Over the course of the last two years, however, Marciano disregarded numerous court orders directing that he provide certain discovery, such as appearing for his Court-ordered deposition, which ultimately led the presiding judge to "strike his complaint," which is legalese for dismissing his case. Since he also refused to comply with the Court's orders directing him to respond to the employees' discovery demands on their respective counterclaims, the Court also struck his answer to their allegations, which essentially took away his attorneys'  ability to defend against the employees' claims.

Lest you think that such conduct is regular, standard fare, Marciano apparently went through seventeen (17!!!) attorneys on this case in only two years' time.

This is simply unheard of. You know why?

Because attorneys, like almost anyone else, are in business to make money. Which means they don't like turning away business - unless they feel like they have no choice.

How the Client's Crusade Against His Former Employees Backfired

At the damages portion of the trial (based on Marciano's misconduct, the judge had already precluded him from contesting liability), Marciano made a surprise appearance, and was completely unapologetic:

He conceded that he was on a crusade against these former employees.

Given the size of the verdict against him, it certainly seems that his testimony made quite an impression on the jury. The moral of the story is clear:

If you disregard with impunity a court's orders and carry this arrogance before a jury, you do so at your own peril.