How Buyer's Mistake Allowed Seller to Keep Downpayment in NY 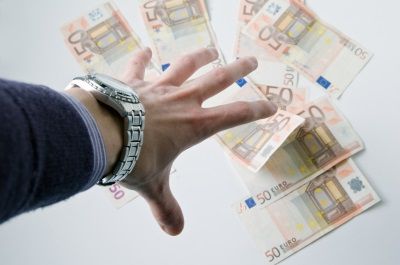 Sometimes the obvious still bears emphasis, even in the real estate litigation context.

If your ability to purchase a property hinges upon which your ability to get needed financing (which is often the case), you'd better make sure that this is memorialized in the contract; Otherwise, you could end up like the defendant in Abart Holdings LLC v. Bayou Properties, Inc., and lose your entire deposit when a court finds you in breach of your real estate contract.

How the Defendant-Buyer Lost its Deposit that Was in Escrow

In this New York County case, the plaintiff-seller moved for summary judgment, pretty much right out of the gate, on that branch of its claim seeking a finding that it was entitled to keep the deposit the defendant buyers had placed into escrow as damages for the defendants' failure to abide by their contract, and close on the property.

In granting the plaintiff seller's motion, the Court noted that the only reasons proffered by the buyers for failing to close as had been agreed were two-fold, and neither were convincing:

(1) that the plaintiff had failed to deliver certain documents at the closing; and,

(2) that the defendants had not received the funding that was needed to close, and that had always been understood as a pre-condition, or in legal terms, a "condition precedent," to the deal.

And here's why the defendants' arguments failed:

First, the defendants did not raise the plaintiff's purported failure to deliver these documents as an issue at the closing, and therefore, this issue was waived;

Second -and this is important - since the parties never expressly made the defendants' ability to secure financing a condition precedent to closing, the Court would not do so now.

In support of its holding, the Court summarized the law governing conditions precedent as follows:

The lesson to be gleaned from this case is clear: if there are conditions that you need fulfilled before you can close on a property, make sure they are memorialized in the contract and/or at the closing.