How CA Remains the Most Anti-Noncompete State in the Country 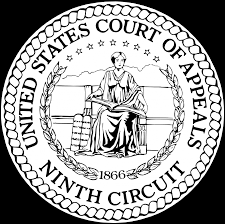 A few statutory provisions establish why California remains the undisputed heavyweight champion of states fighting to outlaw restrictive covenants. And a decision that was published out of the United States Court of Appeals for the Ninth Circuit in DuPuy Synthes Sales, Inc. & Waber v. Howmedica Osteonics Corp. & Stryker just yesterday, on March 14, 2022, reminds us both how and why.

What Happened in DuPuy Synthes Sales

In this case, the co-plaintiff Waber was hired by Howmedica Osteonics Corp., and signed an employment contract with Howmedica’s parent company, Stryker Corporation.  The agreement included restrictive covenant barring Waber from competing with Howmedica for one year following the termination of his employment, and also contained forum-selection and choice-of-law clauses mandating that any litigation arising from the terms of the agreement be heard before New Jersey's courts. More particularly, the relevant provision provided as follows:

"8.2 Governing Law and Venue. Although I may work for Stryker in various locations, I agree and consent that this Agreement shall be interpreted and enforced as a contract of [New Jersey] . . . and shall be interpreted and enforced in accordance with the internal laws of that state without regard to its conflict of law rules.  In such circumstance, I agree and consent that any and all litigation between Stryker and me relating to this Agreement will take place exclusively [in New Jersey]."

As you can probably guess from the caption itself, Waber left Howmedica/Stryker to work at DePuy, a competitor. Two weeks later, Stryker sent Waber a cease and desist letter, noting that he was in violation of the non-compete provisions contained in his employment agreement; the following week, Waber responded that he was exercising his right to void the forum-selection and choiceof-law clauses under California Labor Code § 925.  That statute reads, in pertinent part, as follows:

(a) An employer shall not require an employee who primarily resides and works in California, as a condition of employment, to agree to a provision that would do either of the following:

(1) Require the employee to adjudicate outside of California a claim arising in California.

(2) Deprive the employee of the substantive protection of California law with respect to a controversy arising in California.

(b) Any provision of a contract that violates subdivision (a) is voidable by the employee, and if a provision is rendered void at the request of the employee, the matter shall be adjudicated in California and California law shall govern the dispute. . . .

(e) This section shall not apply to a contract with an employee who is in fact individually represented by legal counsel in negotiating the terms of an agreement to designate either the venue or forum in which a controversy arising from the employment contract may be adjudicated or the choice of law to be applied. Cal. Lab. Code § 925 (emphasis added).

In affirming the District Court's refusal to transfer this case to New Jersey, and dismissal of Stryker's claims pertaining not only to the violation of the noncompete, but also struck down Stryker's claims pertaining to violations of the nonsolicitation provisions of the employment agreement as well, relying upon California Business & Professions Code § 16600 which reads:

"Except as provided in this chapter, every contract by which anyone is restrained from engaging in a lawful profession, trade, or business of any kind is to that extent void."

While many states have taken substantial steps to curb non-competition clauses, California has clearly taken this much further, as they are also invalidating restrictive covenants as well.