How Recent Former Employees Can Proactively Attack a Noncompete 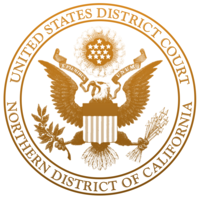 Contrary to popular belief, former employees don't necessarily need to remain passive, and stay in a defensive posture regarding their noncompete; in some cases, they can go on the offensive, and take the fight to their former employer.

And that's precisely what the plaintiff did in Myers v. Ivalua, Inc. in a complaint that was filed in federal court in the Northern District of California yesterday - June 21, 2021.

How this Former Employee Proactively Sought to Invalidate Her Restrictive Covenant

In Myers, the plaintiff contended that as a condition of her employment with Ivalua, both she and all her co-workers were presented with a Confidential Information and Inventions Assignment Agreement (“CIAA”) that required her to “hold in the strictest confidence, and not to use, except for the benefit of the Company, or to disclose to any person, firm, corporation, or other entity, without written authorization from the Board of Directors of the Company, and Confidential Information of the Company....” This agreement was given to her on a take-it-or-leave-it basis.

Shortly after she left Ivalua to work for a competitor, Ivalua wrote both Ms. Myers and her new employer threatening to sue, on the grounds that it was inevitable that Ms. Myers would violate the CIAA by working for the competitor, and therefore, demanded that her new employer refuse to allow her to work there for 1 year.

To her credit, Ms. Myers did not take this lying down.

Instead, she beat Ivalua to the courthouse, and sued seeking a judicial declaration that Ivalua's CIAA, when viewed in the context of their counsel's threatening cease and desist letter, was effectively a non-compete agreement that was - and is - void under California law (which that particular agreement is governed by).

Why Myers's Tactics May be a Wise Tactic to Follow

To be sure, not everyone on the employee side of the equation can afford to push a litigation against a presumably deeper-pocketed former employer. That said, there are a number of advantages to taking the legal initiative, including, but not limited to, exerting greater control over the timing of securing a determination as to enforceability (or unenforceability) of a restrictive covenant. Stated differently, in this way, the employee does not remain entirely subject to the whims of the former employer on that front. Second, from a tactical perspective, under what appear to be the strong facts of this case, the former employee is able to put their narrative in front of a federal judge and immediately put Ivalua on the defensive to explain their actions - which pressures them to seek a quicker resolution to this former employee's issue - and before risking an adverse determination that their agreement (which apparently applies to many other employees) is inherently unenforceable.