How Much Justice Can You Afford? 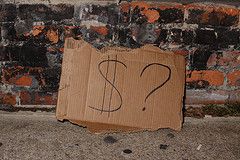 I was recently involved in a case which involved a dispute between a former employer and employee over whether he had violated his non-compete agreement, and if so, what damages, if any, his former employer was entitled to recover.

There was an unusual wrinkle to this case, however:

The employee's non-compete agreement never really defined what activities constituted wrongful competition, and since his employer was a huge, global company with varied lines of business, pretty much anything could be considered "competition."

Here's the part that wasn't that unusual:

He really didn't have the money to fight a prolonged battle with his former employer.

Unfortunately, the employee's financial situation didn't only play a bit role in the trajectory of the case; this circumstance dictated the entire path of the case.

Indeed, it prevented the employee from appealing an adverse court ruling that, truth be told, should have been appealed, because it could have led to the early dismissal of his former employer's case.

But he couldn't afford it.

I'm not sure what, if any, solution there may be to this problem, but it is clear to me that the first, most critical, step is recognizing that there is a problem.

And when the outcome of cases are dictated by the depth of each party's pockets rather than the merits, that is certainly a HUGE problem.

by Jonathan Cooper [email protected]
Connect with me
Non-Compete, Trade Secret and School Negligence Lawyer
4 Comments
We have a system where the SCOTUS has ratified the buying of elections (Citizens United). And you are surprised that lawsuits are determined by who has the most money? I am shocked! shocked!
by robert stolzberg May 29, 2015 at 02:14 PM
It is unfortunate that this issue is not just related to employment. It is painfully obvious in the civil and criminal courts as well. Their does not need to be a "social" program to remedy this situation. There are already several organizations that assist in some areas - The Innocence Project, the ACLU, and others. But there are far to few of these, most innundated with so many requests that many innocent people go to jail or prison, or those who have lost civil cases when they should not have cannot afford an appeal that can cost $50,000, a $100,000 or more. Perhaps if the law schools of this country were to make it a requirement that all law students had to perform some sort of legal assistance to one of these organizations, or a community based legal support network, to help citizens utilize their own rights to go to court and represent themselves, even at the appellate or higher court levels, our new lawyers may have a better perspective of what justice really means. Of course this would require the bar associations to allow non-lawyers to provide legal advice. This may even help the legal community to understand that justice is truly more important, actually it is the only thing that should be important.
by P Albertson May 27, 2015 at 11:20 PM
Your pocketbook is part of the equation and this isn't a problem that can be fixed without an overhaul of our economic values. Right now if you can't afford to defend yourself then prior to taking action a client must have a serious talk with his lawyer about just how far the case can go and what are the client's achievable goals, given his/her economic limitations. Not every problem that begins with affordability should be legislated away with another social program. The affordable health care act is but one example of a seemingly noble ideal that can't easily be resolved with legislation and bureaucracy. In a David versus Goliath situation, such as described in Jonathan's example, it might be best to immediately attempt to settle rather than fight the case. Otherwise, the client must be prepared bite the bullet and ask for a payout on the fees. Failing that tough decision the client might have to lower the quality of representation when faced with the need to appeal an incorrect decision.
by Saul D. Bruh May 27, 2015 at 01:14 PM
Jonathan, you hit the nail on the head! People need to wake up and realize the people whom they vote into office for frivolous reasons have wrote laws that have and will put them in a very difficult situation if their employer ever comes after them legally. The employer usually always has deeper pockets thus the employee can be 100% right but still lose the case!
by George April 1, 2015 at 05:49 PM
Post a Comment