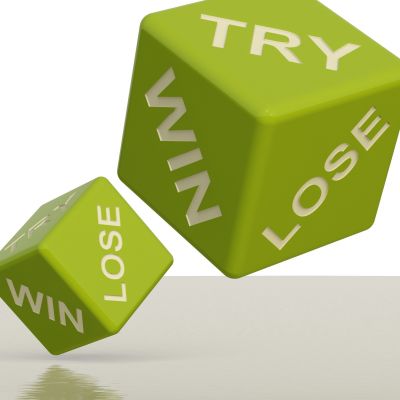 For nearly a century, New York's courts have continued to grapple with the question of which legal theory governs when a plaintiff contends that the defendant acted negligently in failing to uphold its end of a contract - negligence or breach of contract?

Why the Distinction Between Negligence and Breach of Contract Matters

The primary answer to this question is rather straightforward, and can be summed up in three (3) words:

Simply put, while breach of contract claims typically may be brought for six (6) years post-breach [see, CPLR §213(2)], negligence causes of action usually must be brought within three (3) years post-incident [Ibid. at §214]. To be sure, there are exceptions to the three-year limitations period, and the exceptions cut both ways. In some cases involving professional liability, or in legalese, "malpractice," for example, that three-year window has been reduced to 2-1/2 years. On the other hand, when the claims involve an infant, a person who has been judicially declared incompetent, or a party who has died, the statute of limitations may be tolled for a period of time.

Where the Lines Have Been Blurred

In Sommer v. Federal Signs Corp., et al., the Court of Appeals laid out, in rather plain terms, the cases where the cut-off is clear-cut:

"Some claims plainly sound in tort--for example, the case of a pedestrian struck by a careless driver. Others are clearly contract, like the case of the merchant who fails to deliver goods as promised. In the former case, the duty breached--to drive carefully--is one not imposed by contract but by law as a matter of social policy (see, Prosser, The Law of Torts [4th ed], p 613.) In the latter, the duties arise solely from the parties' consensual undertaking (id.)."

The Sommers court also set forth those instances where the point of demarcation was less clear, noting:

"This case partakes of both categories, and thus falls in the borderland between tort and contract, an area which has long perplexed courts ... These borderland situations most often arise where the parties' relationship initially is formed by contract, but there is a claim that the contract was performed negligently ...

"These borderland situations most often arise where the parties' relationship initially is formed by contract, but there is a claim that the contract was performed negligently. That is the case here.

"Holmes owed no duty to 810 prior to their contract; once they had contracted, however, Holmes had certain obligations to 810, including a duty to make timely reports to the fire department. The question is whether Holmes' failure to report, allegedly the result of negligence, is a breach of contract, a tort, or both.

"Though the line separating tort and contract claims may be elusive, the classification can be consequential, affecting for example the applicable Statute of Limitations, requisite proof and measure of damages."

How New York's Courts Determine Whether It's Breach of Contract, Negligence, or Both

The Sommers court provided further guideposts for disentangling tort and contract claims, such as by considering the nature of the injury, the manner in which the injury occurred and the resulting harm. The Sommers court was particularly clear that nomenclature and "labels," like "misfeasance" and "nonfeasance" — which, once upon a time were dispositive for purposes of classifying a claim as a breach of contract or negligence — should no longer be controlling.

Other factors the courts will/should look to include the following:

But What About Gross Negligence?

Fortunately, the Sommers court tackled this issue as well, starting with the general rule that while a contractual provision absolving a party from its own negligence will be enforced (Melodee Lane Lingerie Co. v American Dist. Tel. Co., 18 N.Y.2d 57, 69, supra; Ciofalo v Vic Tanney Gyms, 10 N.Y.2d 294, 297-298), that principle does not hold true when it comes to gross negligence because:

It is the public policy of this State, however, that a party may not insulate itself from damages caused by grossly negligent conduct (Kalisch-Jarcho, Inc. v City of New York, 58 N.Y.2d 377, 384-385; Gross v Sweet, 49 N.Y.2d 102, 106). This applies equally to contract clauses purporting to exonerate a party from liability and clauses limiting damages to a nominal sum."

Lest we get ahead of ourselves, here is how New York's courts have defined gross negligence and its parameters:

"Gross negligence, when invoked to pierce an agreed-upon limitation of liability in a commercial contract, must "smack of intentional wrongdoing" (Kalisch-Jarcho, Inc. v City of New York, 58 N.Y.2d, at 385, supra). It is conduct that evinces a reckless indifference to the rights of others (id.; see also, Restatement [Second] of Contracts § 195 [1] [intentional or reckless conduct vitiates contractual term limiting liability]).

In a related context, the Legislature has expressly adopted a reckless indifference standard. Under CPLR article 16, a joint tortfeasor whose culpability is 50% or less is not jointly liable for all of plaintiff's noneconomic damages, but severally liable for its proportionate share (CPLR 1601). This limitation of liability, however, does not apply to a person who acted with "reckless disregard for the safety of others." (CPLR 1602.)

If nothing else, the takeaway from this line of cases by New York's courts is this:

This area of the law can prove especially tricky, and is not for novices. If you are facing a potential lawsuit with significant economic consequences that turns on a breach of contract/negligence analysis, you would be well advised to seek the guidance of a lawyer that is intimately familiar with this area of the law.