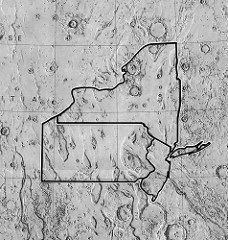 Yes, at the risk of redundancy, an agreement's clause dictating which state's laws govern the contract (in legalese, a "choice of law provision") is critical; it can very easily prove the determining factor between winning or losing a non-compete case.

Lest you think I am being overly dramatic, consider the Pennsylvania case of Socko v. Mid-Atlantic Systems of CPA, Inc. In Socko, the plaintiff signed a two-year non-compete, barring him from competing as a salesman in the defendant's basement waterproofing business.

After Socko resigned, and took a position with a competitor, the new company fired him upon learning of his non-compete. Socko then brought suit, asking the court to rule on whether his non-compete, which he signed while he was already employed by Mid-Atlantic, was enforceable or not. (For those non-lawyers out there, this is commonly referred to as a "declaratory judgment action").

In affirming the trial court's decision which held his agreement was unenforceable, the Pennsylvania appellate court stated, in pertinent part, and summarized the Pennsylvania rule as follows:

To be clear, this rule is markedly different - and more employee-friendly - than New York, which does not inherently require any additional consideration from the employer to the employee in order to render the non-compete agreement enforceable.

In other words, had the enforceability of this agreement been determined by New York law, rather than Pennsylvania, it is highly likely the result would have been completely different.