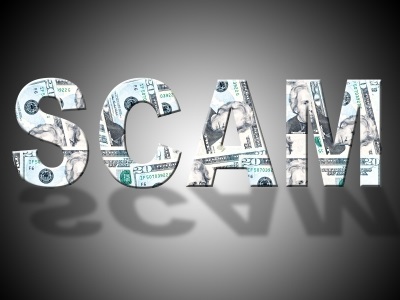 Before addressing how you prove a negligent misrepresentation claim, we first have to define what it is - and what it isn't.

What is Negligent Misrepresentation?

New York's Pattern Jury Instruction 2:230 (which is the law that a jury will be charged with responsibility for following at the end of a trial) defines negligent misrepresentation as a person who makes a statement (or issues a certificate) knowing that the statement is required for a particular purpose, that others are relying to their detriment on the accuracy of that statement, and then fails to take reasonable care to make sure that the statement is accurate, causing damage to the plaintiffs.

The Context That Negligent Misrepresentation Claims Are Most Commonly Raised

As you might guess, this kind of claim most often arises in the context of loans or other financial agreements that are entered into in reliance on the defendant's financial disclosures.

As a result, a negligent misrepresentation claim inherently assumes that there is a special, fiduciary-kind of relationship between the parties; otherwise, the plaintiff's claim will fail on account of their inability to demonstrate any reason why they had a good-faith basis to rely on the information that was provided by the defendant.

How Negligent Misrepresentation Differs From Fraud

Unlike its cousin, the fraud claim, negligent misrepresentation does not require a showing of malicious intent or recklessness by the defendant; rather, it requires that the plaintiff prove the following more likely than not (or, in legalese, by a preponderance of the evidence):

(1) awareness by the defendant that his statement was to be used for a particular purpose or purposes;

(2) reliance by a known party or parties in furtherance of that purpose;

(3) some conduct by the defendants linking them to the plaintiffs and evincing defendants' awareness of their reliance;

(4) that defendant's statements or conduct exaggerated or misstated certain facts;

(5) that these misstatements resulted from the defendant's negligence and/or lack of due diligence;

(6) that plaintiff relied on defendant's misstatements; and,

(7) as a result, plaintiff suffered damages.

An important caveat bears mention, though. As a New York Federal Court held in Five Star Development Resort Communities v. iStar RC Paradise Valley  - in line with what is suggested above:

"Under New York law, in order to state a claim for negligent misrepresentation, a plaintiff is required to allege that the speaker is bound to the other party 'by some relation or duty of care'" outside a contract that may be between the parties.

"In ordinary commercial contexts it is imposed only on those persons who possess unique or specialized expertise, or who are in a special position of confidence and trust with the injured party such that reliance on the negligent misrepresentation is justified."

by Jonathan Cooper [email protected]
Connect with me
Non-Compete, Trade Secret and School Negligence Lawyer
2 Comments
Would Relying on a public relations firm to present a doctors medical practice and reputation to the public be considered a fiduciary relationship
by Doug January 15, 2019 at 10:34 AM
Does the caveat above (about being "imposed only on those persons who possess unique or specialized expertise") pertain in the case of a owner in residential rental lease? When owner was asked during the final walkthrough before possession whether there had been any "water-related problems" (asked because of musty/moldy smell), owner said "no". But, after taking possession, renters discovered substantial mold which caused subsequent personal property and health damages. Thanks.
by Robert Marks May 7, 2017 at 09:09 AM
Post a Comment