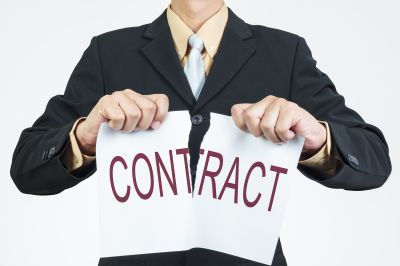 Let's start with the general rule:

New York courts, following the "American Rule," disfavor allowing parties to recoup their legal fees that are incurred in litigation. As New York's courts have put it:

There are two (2) exceptions to this general rule:

So, you may be wondering, how specific do you need to be, or what language do you need in your contract, in order to recover legal fees?

Fortunately, New York's Appellate Division, First Department recently provided us with some guidance on this issue. In Nigri v. Liberty Apparel Co., Inc., the plaintiff sued to recover their damages for breach of contract, and the defendants counter-claimed to recover the legal fees they incurred in defending the action, as well as in prosecuting their own counterclaims under the agreement.

The trial court found in favor of the defendants, not only dismissing the plaintiff's breach of contract claims, but also found that the defendants were entitled to recover the legal fees they incurred in defending the action. Not surprisingly, the plaintiff was displeased with this outcome, and therefore appealed the trial court's order.

What Happened On Appeal in Nigri

In affirming the trial court's award of a judgment allowing the defendants to recover their legal fees, the Appellate court cited the language in the underlying agreement that formed the basis for this ruling:

"The parties' contract provided, in pertinent part, that the plaintiff would pay certain Guaranteed Obligations, which were defined as one-half of all claims, actions, litigation, and other liabilities, costs and expenses (a) in [certain pending legal actions, including a customs matter] and all out-of-pocket expenses (including reasonable attorneys' fees and disbursements) incurred by [defendants]  in enforcing or collecting upon [the] Guaranty."

The court went on to state that

"[T]he clause 'all claims, actions, litigation, and other liabilities, costs and expenses' constitutes broad language that is generally interpreted to include attorneys' fees."

First, if you anticipate that your legal issue will not provide for the recovery of your legal fees in the event of litigation, it would behoove you to include such a provision in your contract. Otherwise, you will be depriving yourself (needlessly) of the opportunity to recoup a substantial amount of money, as well as leverage in negotiations later on.

Second, in order to limit the litigation that may be needed down the line (and unlike the defendant in Nigri), it is worthwhile to avoid any ambiguity on this issue; make sure that the language in the contract makes clear that the prevailing party will be entitled to recover their legal fees.

by Jonathan Cooper [email protected]
Connect with me
Non-Compete, Trade Secret and School Negligence Lawyer
2 Comments
Jonathan, excellent artilcle on Breach of Contract and Punative Damages. One question: Is a court as part of its "Equitable Relief" juridiction permitted to award Reasonable Attorney's Fee, as part of an award for Pundative Damages in a Breach of Contract action in which the Plaintiff pleaded and the court found in favor of Plaintiff that the Defendent committed an aggregious and overt intentional tort i.e. "conversion of funds"? (among other intentional torts) Thank you, John
by John Bach April 10, 2021 at 05:36 PM
Are attorney fees recoverable under New York State Navagation laws from oil company’s overfill and spill.
by Tony Funaro April 16, 2018 at 12:41 PM
Post a Comment