It's Not a Lie if You Believe It 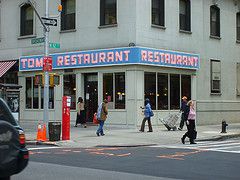 Image: Creative Commons/Andres Vilas
We've all had conversations with people where their recollection of the facts is, putting it kindly, "fuzzy"; others do take it to an extreme, though. And, with all due credit to George Constanza of the Seinfeld sitcom, as outrageous - and funny - as the title of this article sounds, it seems that the notion of "it's not a lie if you believe it" is alive and well - at least with some members of the bar.
I recently had an unusual, and amusing, conversation with an adversary of mine who lost her motion to dismiss my client's case alleging that the defendant resigned his employment position with my client, and then went to a competitor where they colluded to poach, and tortiously interfered with, my client's customers. She was positively apopleptic about the decision, castigating it as "crazy," "ludicrous," "a complete mess," and "just so wrong on so many levels" to the point that "we can't even begin to discuss it."
I couldn't stop smiling as this Seinfeld line was running through my head on a continuous loop through the duration of the conversation.
Let's take a step back and look at where she was coming from.
In their moving papers, this firm made a number of bold statements, alleging that there was not a shred of evidence to support my client's claims, and that their client's non-compete agreement was, in any event, unenforceable as a matter of New York law.
There were just two problems with this:
(1) They had previously moved to dismiss my client's claims on the grounds that the agreement was unenforceable - and (correctly) lost -twice; and,
(2) There was a veritable mountain of documentary evidence demonstrating that their client was, as part of his new job, responsible for actively soliciting over 20 of my client's customers. In other words, they made it up; their vitriolic insistence that no evidence supported my client's claims was patently - and demonstrably - false.
It's one thing to be upset when you lose on the facts. It's quite another to be speechless when you lose because you were wrong on the law as well as the facts.
Simply put, you don't get to decide in a vacuum that a case is "frivolous," and then proverbially foam at the mouth when the facts and law get in the way.
While I'm all for zealously representing your client, at some point, that has to include actually analyzing the facts through a correct reading of the applicable law. Otherwise, if you continue to run up a bill for a client by making - and losing - motion after motion that is predicated on an incorrect assessment of the law and conjured "facts," you're doing a grave disservice to your client.