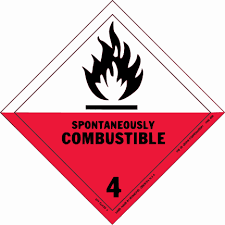 In a tragic story, an Indian boy suffered terrible injuries when he wandered off from his classmates on a school outing, and then had several unspecified organs blown off when he went near an unsecured pumping machine from the local gas company, and it exploded.

The school, for its part, contended that it should bear no liability for the incident, because it occurred roughly 70 meters away from the end of its property.

The judge didn't buy it. Not one bit.

Instead, he excoriated the school, stating as follows:

“When children are taken out of the school premises, especially to a remote place, the school authorities are expected to exercise a much higher degree of care and caution than they are normally expected to exercise within the school campus. By allowing or at least by their failure to notice that a few children had gone out of the camp site to ease in a public place, the educational authorities have become guilty of negligence."

The outcome of the case, which resulted in a significant award to the injured child, probably was foreshadowed by the judge's clear displeasure with his finding that the school and gas company apparently tried to conceal the facts, stating they had "attempted to hide a pumpkin in a handful of rice."