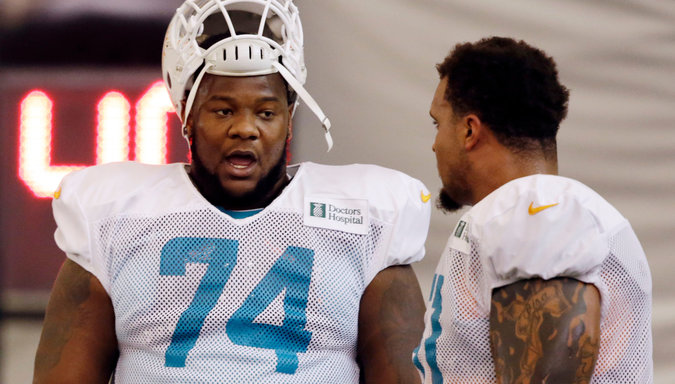 John Jerry and Mike Pouncey of the Miami Dolphins

A February 24 article that appeared in the New York Times highlights a fascinating issue that illuminates the starkly different paths that the central figures in the Miami Dolphins' ongoing scandal took to becoming the purported bullies targeted by the NFL's investigation.

Surprisingly, the NFL's independent investigation concluded that, contrary to initial reports, Richie Incognito wasn't the one who inititated the bullying of fellow linemen Jonathan Martin; rather, John Jerry and Mike Pouncey did. Only afterward, Incognito jumped on the proverbial bandwagon, and became the ringleader for harrassing Martin.

That Incognito was guilty of bullying didn't come as a huge surprise; his behavioral and anger-management issues are well-documented.

But Jerry's and Pouncey's role did come as a surprise, as they apparently were not "natural" or "expected" bullies; it seems that they were infected by a negative, bullying culture, and were effectively incubated and grown.

This was indeed surprising to many, including the authors of the article, because both Jerry and Pouncey rose from remarkably humble beginnings to starting roles in the NFL. In fact, Pouncey is bi-racial, and therefore - at least presumably - would be expected to be more sensitive to racial taunts. Moreover, when Pouncey and Jerry's high school and college coaches were interviewed, they expressed shock that they would be guilty of instigating or continuing bullying - as they had not exhibited such negative behaviors earlier on.

The takeaway from this story is simple, but important: when addressing bullying, the focus cannot be on the ringleaders alone; failing to address a culture that permits the bullying will foster the birth and growth of additional bullies.