No, My Firm's Fees on Noncompetes Are Not an Opening Bid 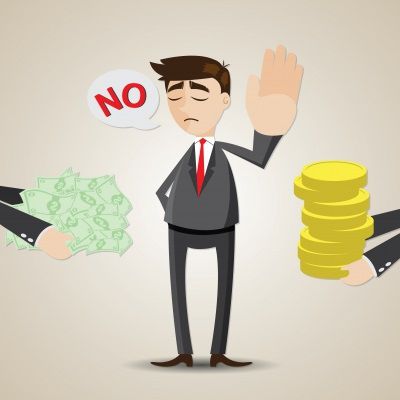 To be completely honest, the first version of this blog post started out in my head as a foaming-at-the-mouth rant. After you hear what happened yesterday, I suspect you'll see why I initially got so angry - and the lesson I learned in the process.

And that is precisely why I pushed this non-compete client away.

A number of months back, new client (we'll call him "C" for short) reached out to me because he did some research online, and also asked around with his acquaintances, and found he kept coming up with my name as being the "go-to guy" regarding non-compete and non-solicitation agreements. So he asks me to prepare a non-compete/non-solicitation agreement for a new employee - one that could potentially cost him "about $600,000 in year one" if that employee tried to poach C's clients.

Mind you, C didn't like my initial advice that being overly aggressive in one of these agreements was a decidedly bad idea, because contrary to his (uneducated) belief, he really didn't have anything remotely proprietary to protect in his business other than his client list (and even that was "iffy").

"No," I told him; "There is nothing at all in the nature of a trade secret about what you do. You sell insurance, and that's it."

Something bothered me about C; he was very demanding, insisting he wanted to come over "now," so we could spend "10 minutes" and I could "bang it out while he was there."

I politely declined, and joked that no, I wasn't just sitting in my office twiddling my thumbs ready to drop everything for him - a stranger - on no notice.

My impression of C was further borne out by his attempts to bargain with me on the fee, and after I declined that as well, he kept on taking up more of my time (well beyond what we had agreed to) until I cut him off by telling him, "If you want any more of my time, the price goes up."

Fast forward about 4 months, and C reaches out to me because one of his "key" employees has one foot out the door, and he wants to meet with me to review this employee's non-compete (which I did not draft), and to strategize about how to handle this departure.

I quote him a fee to review the non-compete and for a half-hour consultation.

"If [your quoted fee] is fair then fine. [But then] we are [also] going to go over your non-compete that you made up and there maybe a minor change or two and you may need to fix it in your office [on your own time] as part of this fee."

Admittedly, when I saw this, I saw red. The foaming-at-the-mouth kind of red.

After all, C is coming to be because of the expertise I bring to the table, and I can potentially help save him tens, if not hundreds, of thousands of dollars!

So I wrote back as follows:

"No. Please see my prior email and let me know if you agree to the terms I set forth or not."

Granted, it wasn't the most diplomatic response, but it was the best I could muster under the circumstances.

After all, unless he could bleed me, he wasn't interested.

At first, I was furious with C. But after I engaged in some introspection, I calmed down considerably, for two (2) reasons:

First, anger is a decidedly bad emotion. It brings me to an awful place, one that is heavily rooted to negativity and the narrow constraints of self-centeredness. Consequently, while I certainly struggle with it, I consciously try to avoid anger as much as possible; and,

Second, I realized that in order for C to behave in this fashion, it was obvious that he views the world as a zero-sum game. He's utterly incapable of appreciating the value or beauty of services or things because he's so hyper-focused on their cost to him. It's a truly sad way to live, and I'm absolutely certain that his viewpoint isn't limited to his work.

So my anger over the past 24 hours has been morphing into pity for him.

It's a much healthier (and happier) mental place for me to be.

by Jonathan Cooper [email protected]
Connect with me
Non-Compete, Trade Secret and School Negligence Lawyer
2 Comments
I have recently had the pleasure of working intensively with Jonathan. I can understand his anger as his services are truly worth whatever he quotes as a fee. As a lawyer for many years I had to engage Jonathan to assist me in ending one career and beginning another as a devoted husband, father, grandfather and brother. Thanks to Jonathan's good services and broad range of experience my blood pressure should be going down as my prior dispute fades from memory and I ride off into the sunset. Thanks Jonathan!!!
by SDB December 28, 2017 at 11:09 AM
I 100% agree with you!!!!
by Anand Ahuja, Esquire December 19, 2017 at 01:48 PM
Post a Comment