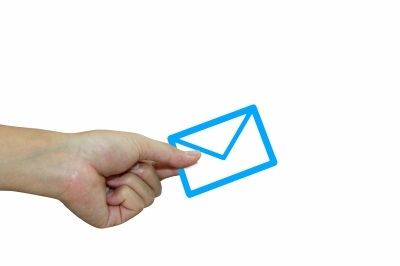 I get asked this question an awful lot:

"Well, we didn't have a formal written agreement; all we have is a few back-and-forth e-mails, so I guess that means I have no case for breach of contract, right?"

Not necessarily; and certainly not in New York.

Consider this decision from New York's Appellate Division, First Department which held, in short, the answer is no; that fact alone does not necessarily mean that you automatically lose.

How E-Mail Alone Can Be Considered a Valid, Binding Written Agreement Under New York Law

To the contrary, in  Naldi v. Grunberg, the appellate court was confronted with a situation where the plaintiff sought to enforce his right of first refusal that he held for 30 days while he conducted due diligence in contemplation of buying the defendant's $50 million property.

In Naldi, the court stated as follows:

"We reject defendant's argument that an e-mail can never constitute a writing that satisfies the statute of frauds of GOL 5-703 ... Given the vast growth in the last decade and a half in the number of people and entities regularly using e-mail, we would conclude that the terms "writing" and "subscribed" in GOL 5-703 should now be construed to include, respectively, records of electronic communications and electronic signatures."

"In 1999, the New York Legislature enacted the Electronic Signatures and Records Act (ESRA), now article III (formerly article I) of the State Technology Law (L 1999, ch 4, § 2, as amended by L 2002, ch 314, and by L 2004, ch 437). ESRA does not specifically address whether an "electronic record" constitutes a writing for purposes of the statute of frauds. However, ESRA does provide, in pertinent part:

"New York's lawmakers appear to have chosen to incorporate the substantive terms of E-SIGN into New York state law. Thus, we conclude that E-SIGN's requirement that an electronically memorialized and subscribed contract be given the same legal effect as a contract memorialized and subscribed on paper (15 USC § 7001 [a]; see 12 Lawrence's Anderson on the Uniform Commercial Code, E-SIGN §§ 101:4, 101:6; Nimmer, Law of Computer Technology §§ 13:13, 13:15) is part of New York law,whether or not the transaction at issue is a matter "in or affecting interstate or foreign commerce."

I have to give credit where credit is due. This decision is both well-reasoned and well-written.

And here's the best part: it acknowledges modern reality, and has taken a common sense approach to recognize what we already know from the real world - that e-mail has achieved recognition and acceptance as a perfectly valid form of written communication. This decision is also further proof that very little, at least in terms of a "formal" writing, is needed to be considered a "written agreement" under New York law. "

I would be remiss if I didn't mention this.

Ultimately, the strength - or weakness, as the case may be - of your breach of contract claim that is relying on an email to prove your case will rest on the same principles as a garden-variety breach of contract case. As a practical matter, this means that if the parties never really reached a "meeting of the minds" on the essential terms of the agreement, you won't have a viable breach of contract case - which, in point of fact, is precisely what happened in the Naldi matter.