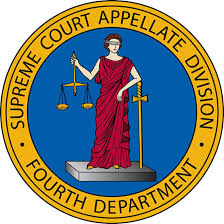 A few months ago, an upstate NY appeals court held in Robert Frank v. Metalico Rochester, Inc. - among other things - that a termination without cause doesn't automatically vitiate a non-compete clause.

Granted, this holding re-affirmed the Appellate Division, Fourth Department's prior holdings on this topic, but it nevertheless remains a VERY BIG DEAL - and also keeps this Department at odds with some of its sister appellate courts, such as the Appellate Division, First Department, which has expressly held that when an employer terminates an employee without cause, that in and of itself may inherently negate the validity of a non-compete agreement, stating:

"[S]uch covenants are not enforceable if the employer (plaintiff) does not demonstrate “continued willingness to employ the party covenanting not to compete” (Post v Merrill Lynch, Pierce, Fenner & Smith, 48 NY2d 84, 89 [1979]), i.e., defendants."

This appeals court, however, left no doubt that it views that issue differently, stating:

"We also agree with the further contention of defendant that the court erred in denying that part of its motion with respect to the third cause of action. In that cause of action, plaintiff sought a judgment declaring that the restrictive covenants in all of the parties’ agreements are unenforceable because his employment with defendant was terminated without cause. Nothing in the agreements signed by the parties provides that the restrictive covenants are impacted by such a termination, and under similar circumstances we concluded that, “[e]ven assuming, arguendo, that [the employee] was terminated without cause, . . . such termination would not render the restrictive covenants in the agreement unenforceable” (Brown & Brown, Inc. v. Johnson, 115 AD3d 162, 170 [4th Dept 2014], revd on other grounds 25 NY3d 364 [2015])."

I remain of the opinion (yes, I'm sticking to my guns on this issue) that the First Department's position on this issue - that absent some additional severance compensation in exchange for the continuation of the restrictive covenant, the employer's non-compete should be deemed automatically invalid; after all, it goes back to essential contract priniciples: if the employer isn't providing anything in exchange for the non-compete, why should the former employee be bound to it?

However, for the time being, it certainly behooves any employer or employee facing this issue to consider carefully which appellate Department of New York their agreement is governed by before making any assumptions as to the enforceability of a restrictive covenant.