One Sign Your Breach of Contract Claim Isn't Taken Seriously 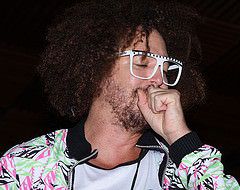 Apparently, after being served with the breach of contract lawsuit papers on his way in to the American Idol studio, Redfoo, the lead singer for pop group, LMFAO, was sufficiently amused by the whole process that he posed for pictures with the man who served the legal papers on him.

You don't need to take my word for it; you can see the picture here.

I guess it's safe to say he won't contest that he was served with the legal papers (which, on occasion, can mushroom into a battle between the parties).

It's also safe to say he doesn't take seriously the claims by his former manager, RpM Grp, who allege that Redfoo breached their agreement, poached RpM's employees (and thereby tortiously interfered with those contracts), and then reneged on the commissions they owed to RpM.

Given the amount of money at stake, however, which is allegedly in the millions of dollars, I would not be surprised if LMFAO's attorneys take this case quite seriously indeed (and defend the case very aggressively).