One Way You Can Become Vulnerable to Veil-Piercing Claims 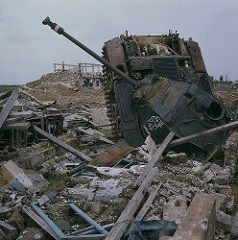 To be sure, when the other side to a lawsuit suspects that you're moving money around in order to avoid the consequences of an adverse judgment, they can't automatically pursue your personal assets. In other words, an order allowing the plaintiff to pierce the corporate veil is not just there for the asking.

To the contrary, New York's courts have long held that in order to pierce the coroprate veil, the plaintiff must prove that

If you're going to move money around from one project to another when your company is insolvent, (i.e., "when the present fair salable value of [your business's assets is less than the amount of that will be required to pay [your] probable liability on [your] existing debtors as they become absolute and matured,") you do so at your own peril.

What Can Happen When the Transfers Look "Fishy"

Because if the transfers were, or are, made without getting fair value in return (in legalese, "fair consideration"), a New York court may invalidate the transfers retroactively, finding that they are a fraudulent conveyance - even if these transfers were made innocently.

And the danger doesn't end there; if the court finds that the funds were commingled with individuals' accounts (among other things), then the court may allow the plaintiff to pierce the corporate veil and hold those people behind it personally liable for these debts. (For more on this topic, please see "How to Pierce the Corporate Veil Under New York Law").

That's not to say that a court will allow a corporate veil to be pierced lightly; as we pointed out above, there are several facts that a plaintiff will need to prove in order to successfully pierce the corporate veil, none of which are particularly easy to establish.

But it's equally clear that moving around funds carelessly, and without regard to maintaining corporate formalities is figuratively playing with fire.