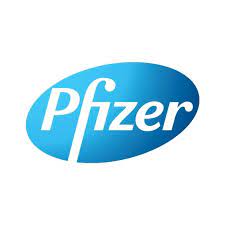 On February 2, 2022, Pfizer sued two former employees in Connecticut Federal court, claiming they stole confidential IP related to the development of its diabetes and obesity programs, and used it to file their own patent application with a competitor that they founded, Regor Therapeutics. According to the complaint, Pfizer began to piece together what happened with these two former employees, Min Zhong and Xiayang Qiu, when recognizing Pfizer's own work product from its GLP-1 program in these former employees' newly-made patent application.

Further, according to Pfizer, when they went back and checked, they found that one of these employees had turned in a different phone instead of the Pfizer-issued iPhone upon his resignation, and that in the weeks leading up to their resignation from Pfizer, these employees had downloaded highly confidential research and information related to the GLP-1 program, apparently stripped these documents of their "confidential" designation, and then pawned it off as their own for the purposes of trying to secure patent rights to it.

What Pfizer is Seeking - and What Defendants' Potential Exposure Is

In its complaint (it's 49 pages, so it does take some slogging through), Pfizer asserts seven (7) different causes of action, some of which apply to all of the named defendants, including corporate entities, while others are limited to the individual defendants based on their individual employment contracts they had with Pfizer (under New York and Connecticut law, respectively), and also include claims for breach of fiduciary duty, misappropriation of trade secrets under the Defend Trade Secrets Act and the Connecticut Uniform Trade Secrets Act (CUTSA).

There is no question that the real danger and potential exposure for the defendants lies in Pfizer's claims rooted in the alleged violation of the various Trade Secret Acts, because, for example, under the DTSA, a defendant can be held liable for not only the plaintiff's actual losses sustained as a result of the misappropriation, but for either the defendants' unjust enrichment they amassed as a result of the theft or a "reasonable royalty" for the appropriator's unauthorized dislcosure or use of the trade secret. In addition, if it is found that the trade secret information was misappropriated willfully, they could be on the hook for exemplary damages (a/k/a punitive damages) for up to two times the compensatory damages that were awarded.

Why Pfizer Chose to Sue in Connecticut Rather Than New York

Notwithstanding that there seems to be a fairly strong nexus to New York, Pfizer chose to sue in Connecticut, and without doubt, one of the central considerations for doing so is this: New York remains the only state in the country that has not adopted some form of UTSA statute. And, for the reasons set forth above, that made choosing Connecticut over New York (which, based on the allegations set forth in the complaint, seems like a viable option) an absolute no-brainer.