Principles v. Pragmatism: How Trial Can Be Bad for You 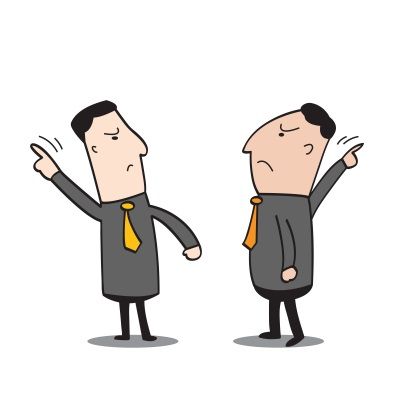 Over the last several years, I've noticed an unmistakable, and increasing trend:

People that I encounter in the small business litigation context who feel that they've been wronged, particularly in the context of a breach of contract or breach of a fiduciary duty, will staunchly refuse to settle their case, even if it makes perfect economic sense.

Why Some People Won't Settle - No Matter the Consequence

I don't think there is any one factor or cause for this phenomenon, and I doubt that it's because some sort of mystical or mythical pendulum has swung in a different direction, and people have suddenly decided to stick to their principles. Rather, I suspect that the economic downturn we are (still) in (notwithstanding the sunny prognostications of some financial people, I urge you, just go drive down any main street in your town, and tell me how many vacancy signs you see. That's right; people's businesses, to a large extent, are still hurting) has made people more protective of their hard-earned money, and less likely to pay out a settlement because unlike days and years past, there is a likelihood that these people will not recoup (or at least not easily recoup) that settlement from their ongoing business.

How Taking a No-Settlement Stance Actually Hurts Your Case

But when a client takes an intractable stance, it can put the attorney in a difficult position, and for one simple reason:

Virtually no case is a "slam dunk."

Every case has difficulties, and the lawyer's job is to balance the zealous advocacy of his client's position with the need to view the case objectively. Otherwise, the lawyer is doing his client a great disservice; s/he is reduced to being a mercenary, and is no longer a valued counselor.

In a court of law the most important issue is what you can reasonably prove - it is not whether you subjectively believe you are right or wrong.

Once you accept that fact, the next steps flow logically:

What Smart Clients Do

The smart business owner will not want a mere "hired gun"; rather, he will want someone who will be straightforward and tell him what the problems are with his case based upon an objective evaluation of the evidence. In this manner, the small business owner can make an intelligent assessment whether the case should be tried, or to assess what a fair and just settlement should be.