Hypocritical Pol is Staunchly for Tort Reform. Until it's His Own Case 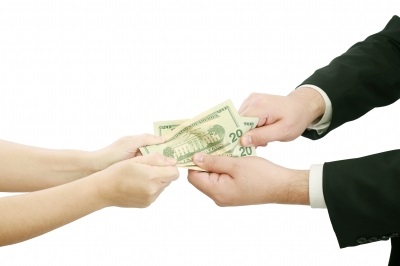 In what is sure to be viewed as ironic at the very least, and most likely hypocritical, last week Senator Rand Paul was the beneficiary of a Kentucky jury's award of $580,000 for the pain and suffering he endured as the result of his neighbor's assault that left him with several broken ribs and a collapsed lung.

And if he had his way on the law, he wouldn't have received even half that amount.

You don't need to take my word for it; here's Rand Paul's own words regarding tort reform:

“We’ve got to try to stop the frivolous lawsuits, not only for the expense of them, but everybody orders about a million too many tests, because they’re afraid of being sued. We need to fix that.”

“Unfortunately – or fortunately, depending on how you look at it – that probably has to be done at the state capitols, because people get sued at the state courts, and the state courts are under the purview of state law,” he added. “Some states have fixed this, frankly, or made it a lot better. They have review panels. They have caps on damages. I don’t know if any have loser-pays, but I like the loser-pays aspect also.”

On its face, the argument for tort reform certainly has merit. The problem is, however, that the notion of tort reform as some sort of magic bullet that will instantly curb "frivolous lawsuits," and reduce needlessly expensive defensive medical care is not supported by the research, as noted in this detailed study on the subject of tort reform by the non-partisan Rand Corporation.

Of course, that is to say nothing of vocal and loud tort reform advocates who then don't hesitate to seek as much money as they can when it's their own claim on the line.

No one should try to denigrate or minimize the physical pain that Senator Rand suffered; it's just that he's taken rather public stances on the manifest need to cap jury awards - except when it comes to him. If nothing else, he missed a golden opportunity to advance his political agenda on this issue:

He could have noted that he limited his own claim to $250,000 in order to demonstrate that nothing bad would happen by allowing for broad-based tort reform, even for garden variety injury (as opposed to medical malpractice) claims.

One of Rand Paul's first election slogans was "Kentucky first."

I suppose you could say - when it comes to tort reform - "Rand Paul first."