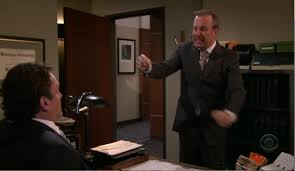 I recently had the (mis)fortune of attending a court-ordered mediation in a non-compete case. Naturally, the goal of a mediation is to see if the parties can resolve the case short of incurring further litigation costs and the uncertainties of trial. Consequently, as a general rule, once the parties have agreed to sit down and try to hash it out with an eye towards settlement, there is an unspoken understanding that both sides may posture a bit in front of the mediator and each other, but that they will soon get down to "brass tacks" to see if a deal can be reached.

(For the uninitiated, a mediation is typically overseen either by a retired judge or an attorney who has a significant level of experience in that area of the law. In this fashion, it is hoped that the mediator can bring some expertise to the table, and readily understand the issues in the case.)

So why was this mediation session so unpleasant?

Because the opening line of one of my adversaries was, "I know that the mediator asked the clients to speak - rather than the attorneys - and express their position in their own words, but I must get something off my chest. Plaintiff's claim is frivolous, and never should have been brought. And I've been doing this for over 30 years, and I don't care if my client doesn't pay me, but I will see this through to the end." He continued to state that they weren't prepared to offer any money to settle the case, but they were there in the interests of seeing if the case can be resolved.

Leaving aside the fact that the case is far from frivolous (it's actually kind of strong), those were clearly not the words and tenor of anyone who was interested in trying to resolve a case.

As you can also imagine, It's kind of hard to settle a case when the other side isn't willing to offer anything.

The only thing that attorney made clear was that he was willing to bill his client for attending a mediation, but wasn't willing to do anything to settle his client's case (with some of that same money), and save his client money from continued litigation.