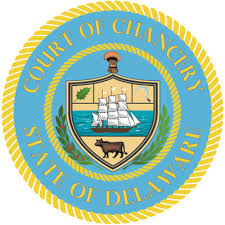 An August 31 decision out of a Delaware court in NuVasive v. Miles & Alphatec serves as a pointed reminder on the critical distinction between a claim for breach of fiduciary duty and contract. In that decision, the Delaware Chancery Court struck down plaintiff (and former employer) NuVasive's claim that Alphatec aided and abetted their former employee breach his fiduciary duty, among other allegations, on the grounds that the case was pled improperly.

Why the Court Dismissed Plaintiff's Breach of Fiduciary Duty Claims

In electing to dismiss NuVasive's claims for breach of fiduciary duty, and the related claim against their former employee's subsequent employer, Alphatec, the court stated as follows:

"NuVasive avers that '[i]mmediately after submitting his resignation, Miles and Alphatec began raiding NuVasive’s executives, sales force, and other employees, to obtain their relationships, know-how, and proprietary information.' But while this activity might support, for instance, a claim of aiding and abetting breach of a non-compete (if a viable non-compete existed here), such allegation cannot support a claim for aiding and abetting breach of fiduciary duty because that duty ended when Miles left NuVasive, and a breach of duty claim predicated on acts after Miles’s resignation must necessarily fail."

In other words, breach of fiduciary duty claims necessarily require that the (allegedly) offending conduct take place while the (former) employee was still employed by the plaintiff. Breach of contract claims, on the other hand, may be a viable path to recover against former employees for nefarious conduct, provided that:

1) the employee was bound to a written agreement that also covered post-employment conduct; and,

2) the post-employment restrictive covenants, such as return of the plaintiff's proprietary and confidential information, or a non-compete and/or non-solicitation clause, are deemed enforceable in that particular jurisdiction.