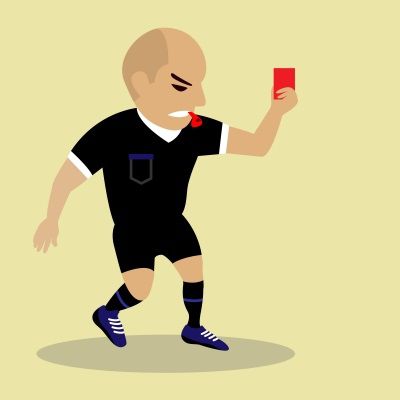 A long time ago I learned that if you ever want a great summary of the current law on a particular issue in New York, get a recent Federal Court decision on the topic; it will be well-written, accurate and concise.

Raedle v. Credit Agricole Indosuez, a decision out of the Federal Court for the Southern District of New York, is no different.

In this case, the Court felt obliged to dismiss the jury's award of punitive damages that arose out of the defendants' tortious interference with the plaintiff's prospective employment with another company.

Why the Court Dismissed the Jury's Punitive Damages Award

In so doing, the Court articulated the basis for its decision dismissing the punitive damages aspect of the case as follows:

2) in the tortious interference with contract context.

But, as the Court made clear, the standard for a punitive damages award differs greatly from that required to prove the underlying tort or tortious interference claim.

Unlike the tortious interference claim, which is proved by evidence that but for the defendant's intentional and wrongful interference, the third party likely would have honored its agreement with the plaintiff, a punitive damages claim must also be supported by proof that the defendants' actions have "the character of outrage frequently associated with crime." Prozeralik v. Capital Cities Comm'ns, Inc., 82 N.Y.2d 466, 479 (1993).

In addition - and importantly - where the punitive damages are sought against a company based upon the actions of that company's officer, the plaintiff must prove that

"[A] 'superior officer' ... employed in a managerial capacity participated in, authorized, consented to, or ratified the misconduct...  such that "his participation in the wrongdoing renders the employer blameworthy, and arouses the institutional conscience for corrective action."

In other words, the employee's wrongful actions have to carry the implicit blessing of the employer.

At the risk of stating the obvious, that is certainly not an easy standard to meet.

by Jonathan Cooper [email protected]
Connect with me
Non-Compete, Trade Secret and School Negligence Lawyer
1 Comments
Great article - concise and to the point
by Michael April 29, 2020 at 12:56 PM
Post a Comment