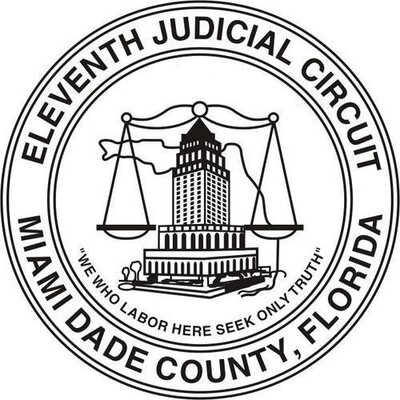 "So I won't show up; what's the worst that can happen?"

I've heard that line countless times from people who just don't want - or can't afford - to pay to defend themselves on cases, particularly in the non-compete context. And when I lay out for these folks some of the more undesirable possibilities, some will tend to roll their eyes, and say, "Yeah, but that would never happen to me."

Well, the judgment that just got handed down by a Miami federal jury on February 5 in The Recon Group v. Freeman Hammond, LLC says differently.

What Happened in The Recon Group v. Freeman Hammond, LLC

In this case, The Recon Group, a company that sells in bulk to retailers new and factory reconditioned inventory, with a particular focus on consumer electronics, sued its former employee, Freeman, alleging that when he was fired, Freeman took with him (in legalese, "misappropriated") a copy of The Recon Group's client list, and then used that list to unfairly compete with The Recon Group in the same business space, in tacit violation of his non-compete agreement with The Recon Group.

After Freeman's initial motion to dismiss the case was denied, and the case was ordered by the Court to move forward, Freeman (and his attorney) simply stopped showing up - for two different court-ordered mediation sessions as well as for court appearances. Apparently, Freeman stopped paying his attorney, and therefore, the attorney stopped working on his behalf. (Without passing judgment on the propriety of what Freeman's attorney did - or, more accurately, what he didn't do to protect both Freeman and himself - from the article describing the case, these appear to be the facts on the ground.)

Consequently, the Court finally had enough, and struck Freeman's pleadings, meaning that his defenses to The Recon Group's claims were taken away by the Court, leaving the issue of how much money he owed back to The Recon Group the only matter remaining to be decided.

What the Jury Decided

On February 5, following a trial at which The Recon Group's claims went in without opposition, a Miami jury came back with an award against Freeman in the amount of $1.349 million, which under Florida’s civil theft statute can be tripled, and therefore the Court ordered Freeman to pay $5.4 million and his company $4.1 million back to The Recon Group.

Putting it mildly, this judgment looks like it will ruin - for the short and intermediate term - Freeman's economic prospects.

You may be tempted to ask: "Why would The Recon Group take this all the way to trial when they know that Freeman won't be able to pay any significant judgment?"

Truth be told, it's an excellent question.

The answer was summed up by The Recon Group's attorney as follows:

“[The Recon Group] know that collecting millions is not going to happen ... Most important for the client is that they stood up not just for themselves but for their employees, because if they allowed this person to continue taking clients they would have to lay off some people. You lose customers, you lose income, then you lose jobs.”

In other words, they view the value of this case not solely from the perspective of how much money, if any, they recoup from Freeman and his company, but from a broader perspective of a cost to the business if they don't see it through - whether in terms of allowing Freeman to continue to divert customers, or as a strong disincentive to others who were thinking of unlawfully competing against The Recon Group.