When a Fiduciary Breaches a Non-Compete - and Lies About It 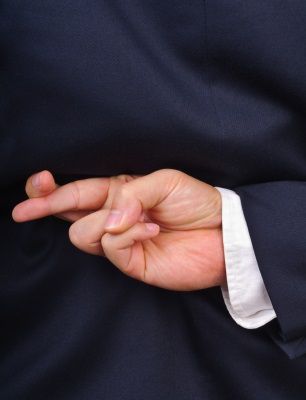 Reading the appellate court's rendition of the facts in GoSmile, Inc. v. Levine, a breach of contract, breach of non-competition agreement and fraudulent inducement/concealment case, it is clear that the court empathized with the plaintiff, and wanted to allow the plaintiffs their day in court. The sordid details follow.

Defendant founded the plaintiff corporation, which develops and sells tooth-whitening and oral hygiene products, and, he, together with his wife, were the company's sole stockholders, directors and employees. In 2003, they sold a majority interest in the company to investors (the plaintiff).

At that time, the defendants executed confidentiality and non-competition agreements that granted plaintiff exclusive ownership rights of all intellectual property, and prohibited defendants from using this information to compete with the company. In exchange for a cash payment, the defendants became at-will employees, directors and minority owners of plaintiff.

After the parties became embroiled in arguments over the company's financial difficulties, the defendants were terminated, and later resolved their wrongful termination lawsuit arising therefrom via a settlement agreement with plaintiff and several other parties "which contained a broad mutual release of all claims of all kinds, whether known or unknown, that the parties ever had or now had."

The Settlement Agreement: Promises Made ... And Broken

As part of the settlement agreement, plaintiff insisted upon - and defendant warranted - that he had neither breached the 2003 confidentiality and non-compete agreement in the past, and was also not in breach of those agreements at that time. That settlement agreement resulted in a payout to defendants of over $3 million, and an additional payout of $1 million over the following 4 years in exchange for the remainder of defendant's stock in the company.

Later, plaintiff learned that defendant had, in fact, breached his fiduciary duties to the company, and used this confidential information to unfairly compete with the plaintiff. In other words, he deliberately lied about (in legalese, misrepresented) his breach of fiduciary duty and breach of the non-compete agreement to the plaintiff company in order to fraudulently induce them into entering into the settlement agreement, and pay him over $3 million.

The Problem Confronting the Court

Clearly, the foregoing facts are most troubling. But, it also appeared that the Court's hands were, figuratively speaking, tied.

Indeed, had this appellate court strictly followed precedent, it seems, at least at first blush, that the court was obliged to dismiss the plaintiff's claims because of these two rules:

(1) You can't convert a breach of contract claim into a tort, such as fraud (which is an intentional tort); and,

What the Court Did - and Why

(1) "In the instant matter, plaintiff's allegation that defendant knowingly misrepresented that he did not breach the confidentiality and non-compete provisions of the 2003 agreement is not merely an insincere promise of future performance. It was instead, a misrepresentation of then present facts that was collateral to the contract, and thus plaintiff sufficiently alleged a cause of action sounding in fraud"; and,

(2) The general release did not act as a bar to plaintiff's fraud and breach of contract claims because plaintiff specifically sought defendant's express warranty that he didn't breach his non-compete agreement, and the general release stated clearly that it did not extend to claims which "[plaintiff] does not know or suspect to exist in his favor at the time of executing the release."

Clearly, the Court was required to sidestep some general rules in order to reach this result, and allow the plaintiff's claims for breach of contract, rescission and fraudulent inducement to succeed.

But, after reading the Court's recitation of the relevant facts, are you surprised - even a little bit - that they did so?