When a Lawyer Lied to the Court - and Got Caught 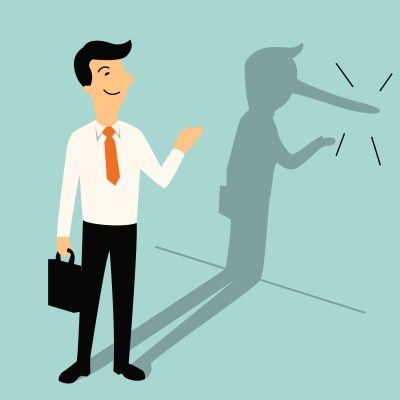 Until she moved, my Mom used to keep a stack of lawyer joke books throughout her house. And I've heard more than my fair share of derisive comments about lawyers, and how some people like to deliberately mispronounce it as "liars." But jokes aside, telling the truth in a courtroom is serious business, and most lawyers take it quite seriously. To be sure, there are some who will dance rather close to the line, and stretch the truth.

But there are others who cross that line entirely; and when they are caught, look out.

When a Federal Judge Caught an Attorney Lying

Consider this story that was reported in the New York Law Journal a few years back, where an attorney in Western New York was sanctioned $7,500 by a Federal Judge - on a case where she wasn't even being paid - because, in the words of the Court,

"[This attorney's] approach to motion practice is to avoid dismissal at all costs, even if that means misrepresenting the facts or the law"

"The Court takes into account the fact that [this attorney] does not appear to be the slightest bit contrite about her misrepresentations to the Court."

The moral of the story? Jokes aside, truth still does matter in New York's courts.