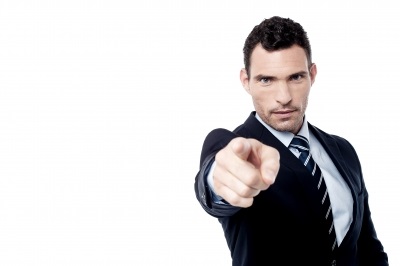 There are some decisions, which, even if technically correct, just rub you the wrong way.

The Court of Appeals' dismissal of a wrongful termination and breach of contract claim by a securities firm's compliance officer in Sullivan v. Harnisch is one such troubling decision.

And I say that against a backdrop of a solid understanding and appreciation that most wrongful termination claims in New York are doomed.

Why, Despite Being an At-Will Employee, This Former Employee's Wrongful Termination Claim Should Have Survived

But there was a big problem, according to the Court, as to how the plaintiff went about raising his complaints.

Simply put, since both the plaintiff's job description as well as his company's ethics code required him to act as soon as he became aware that his boss (defendant Harnisch) had been "front-running," i.e., selling shares of a stock that he owned before making similar sales for his clients, it would appear that there should have been an exception, or carve-out, to protect such people from the at-will employment doctrine.

In affirming the lower court's dismissal of the complaint, however, the Court of Appeals raised an important point, stating:

"It is beyond dispute that compliance with extensive federal regulations—overseen, at firms like Peconic, by compliance officers—is an integral part of the securities business. But the existence of federal regulation furnishes no reason to make state common law governing the employer-employee relationship more intrusive. Congress can regulate that relationship itself, to the extent that it thinks the objectives of federal law require it. Indeed, after the events involved in this case, Congress passed the Dodd-Frank Wall Street Reform and Consumer Protection Act (Pub L 111-203, 124 Stat 1376 [2010], codified at various sections of United States Code), which provides whistleblower protection, including a private right of action for double back pay, for employees who are fired for furnishing information about violations of the securities laws to the SEC (Dodd-Frank Act § 922 [a], 15 USC § 78u-6). That statute seems not to apply to conduct like that alleged in Sullivan's complaint; Sullivan does not claim to have blown a whistle—i.e., to have told the SEC or anyone else outside Peconic about Harnisch's alleged misconduct—but only to have confronted Harnisch himself.

"Nothing in federal law persuades us that we should change our own law to create a remedy where Congress did not."

In other words, if you want to avail yourself of Whistleblower protection, you have to actually blow the whistle - and to the right people. Otherwise, you're out of luck.

And there is another consideration that must be mentioned here.

Had the Court allowed this case to proceed, that would have potentially opened Pandora's box, because it would have been far easier to evade the long-standing rule in New York that at-will employees could be fired, pretty much, at will.