When Appealing an Awful Decision May Be the Wrong Move 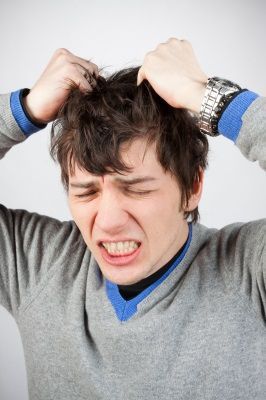 After months of waiting on pins and needles, you finally get the court's decision and .... WHAT THE HECK???!!!

Yes, the decision is even worse than you could have possibly imagined:

The judge missed - completely - all of the salient facts, and then proceeded to misapply the law.

The first option when you get a decision that you dislike, which anyone who has heard any legal jargon bandied about knows, is to appeal the Court's decision.

But, what is far less known is that there are very strict rules as to when an appeal is allowed - and when it isn't.

Perhaps the most important rule here is that - other than in rare cases - no appeal will be permitted unless it is from a final "order."

By way of example, sometimes courts will issue interim orders, or conditional orders that direct the parties to complete certain aspects of their document exchange or depositions by dates certain. These orders inherently anticipate that the trial court will render a subsequent order dealing with these issues. Consequently, an appellate court, generally speaking, won't consider an appeal of such an order because they don't want to render an opinion that could easily be rendered moot by a subsequent order of the trial court.

There are also two (2) distinct downsides to appealing a trial court's ruling:

1) they are almost always expensive; and,

Lest you think otherwise, I assure you - the vast majority of those 80% who appealed were convinced - just like you are - that the trial court got it wrong.

(2) Motion to Reargue/Motion for Reconsideration

However, there is another option that should not be overlooked: The motion for reconsideration (or, its counterpart in the New York State court system, the motion to renew or reargue).

Basically, instead of appealing to a higher court (which in New York Federal practice would be the Second Circuit Court of Appeals), which can be very lengthy and costly, you go back to the same judge and try to convince the judge that they got it wrong, and should change their original decision.

While it may seem that this tack is promising, these motions very rarely succeed for any number of reasons, not the least of which is that "a motion for reconsideration is not an opportunity for litigants to reargue their previous positions or present new or alternative theories that they failed to set forth in connection with the underlying motion." See, Trans Pro Logistic Inc. v. Coby Elecs. Corp., No. 05 Civ. 1759, 2010 U.S. Dist. LEXIS 109902, 2010 WL 4065603, at *1 (E.D.N.Y. Oct. 15, 2010).

In other words, the motion to re-argue or for reconsideration is not designed to allow a party a second bite at the proverbial apple to raise all of the arguments they should have advanced in the first instance.

Therefore - and not surprisingly - the standard for granting motions for reconsideration is "strict," and, as the Second Circuit has stated:

"Reconsideration will generally be denied unless the moving party can point to controlling decisions or data that the court overlooked matters, in other words, that might reasonably be expected to alter the conclusion reached by the court." Shrader v. CSX Transp., Inc., 70 F.3d 255, 257 (2d Cir. 1995).

When Reargument is Appropriate - and May Even Be a Good Idea

Fortunately, the courts have also provided some guidance as to when reargument/reconsideration may be worthwhile - as opposed to just taking (what is usually) the more expensive appeal: