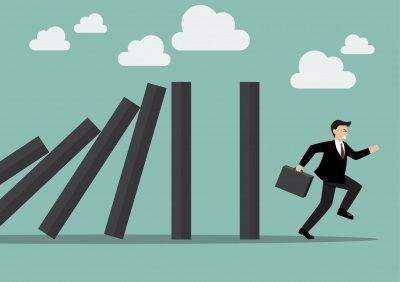 As the economy continues to founder, it is becoming increasingly common for many businesses, however well-intentioned, to renege on contracts simply because they lack the liquid capital to honor those contracts. This leaves the savvy and proactive small business owner facing a critical question:

What can - or should - I do when the actions or inaction by the other side to this agreement make it apparent that they will breach the contract when they - at least techincally - still have time left to perform their obligations under the contract?

This situation, which in legalese is referred to as "anticipatory breach of contract," has a number of important ground rules. Here's a summary of some of the more important ones under New York law:

Naturally, each choice presents its own calculated risks, particularly, but not limited to, the measure of damages that the non-breaching party, may incur and/or be entitled to recover, however.

While there are many instances that do not require the assistance of a lawyer, given the complexity, sensitivity and importance of this issue, it certainly pays to consult an attorney if you are confronted with an anticipated breach of your agreement.