When Corporate Officers Can Be Held Personally Liable in NY 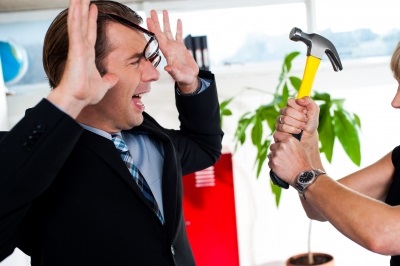 As a threshold matter, there is little question that in most instances, a corporate officer will be shielded from personal liability for acts he undertook in his corporate capacity. Consider, for example, one of the most common questions that arise in this context:

Does a Corporate Officer Incur Personal Liability Just By Signing an Agreement?

A Suffolk County trial court in Cutler v. Collura-Repp has laid out the law on this issue in no uncertain terms:

"When an agent acts on behalf of a [corporation], the agent will not be personally liable for a breach of contract unless there is clear and explicit evidence of the agent's intention to be personally liable .... even though he signed a contract without any language limiting his signature."Weinreb v. Stinchfield, 19 A.D.3d 482, 797 N.Y.S.2d 521 (2d Dep't 2005).

In order to assess whether the agent should be personally liable, the Court will engage in a two-part inquiry:

(1) whether the agent signed the agreement in her individual capacity, or merely on behalf of the corporation; and,

(2) whether the agent made a special promise to answer for the debt or default of the corporation (as called for by New York's Statute of Frauds).

Naturally, and as you should guess, it would be a rare factual circumstance that meets this two-part test.

But there are two (2) other notable exceptions to the rule insulating executives against personal liability for corporate acts.

First, and at the risk of stating the obvious, a corporate officer can be held responsible for his bad acts if the corporation is a sham, or his personal alter ego. This exception to the general rule falls within the ambit of the well-known doctrine called piercing the corporate veil. This exception makes an awful lot of sense, because a defendant should not be permitted to benefit from New York's laws that shield corporations if he doesn't abide by the responsibilities that come with the territory of corporate ownership.

But there is also a second exception to this rule that is less known - with regard to the commission of tortious acts - and a New York appeals court summarized this exception rather nicely in North Shore Architectural Stone, Inc. v American Artisan Constr., Inc., on September 27, 2017, stating:

"A director or officer of a corporation does not incur personal liability for its torts merely by reason of his [or her] official character" (Greenway Plaza Off. Park-1 v Metro Constr. Servs., 4 AD3d 328, 329 [internal quotation marks omitted]), and thus, cannot be liable for torts "attributable to the corporation if he [or she] did not participate in and was not connected with the acts in any manner" (PDK Labs, Inc. v G.M.G. Trans. W. Corp., 101 AD3d 970, 973 [internal quotation marks omitted]).

"However, '[a] corporate officer who participates in the commission of a tort may be held individually liable, regardless of whether the officer acted on behalf of the corporation in the course of official duties and regardless of whether the corporate veil is pierced'" (Rajeev Sindhwani, M.D., PLLC v Coe Bus. Serv., Inc., 52 AD3d 674, 677, quoting American Express Travel Related Servs. Co. v North Atl. Resources, 261 AD2d 310, 311)."