Why Apple-Samsung Judge Asked if Lawyer Was "Smoking Crack" 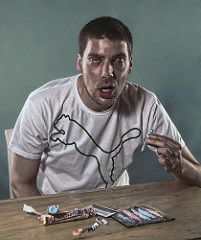 Although the jury's $1 billion damages verdict in the Apple-Samsung infringement/intellectual property theft and misappropriation lawsuit a few years ago was widely reported, there was a passing comment by the trial judge that received quite a bit of airtime as well:

When she asked Apple's lawyers if they were smoking crack.

Why Might Lead a Judge to Disparage One of the Lawyers

Clearly, the judge's comment raises more than a few questions, particularly whether the judge went overboard and was inappropriate and/or what the attorney did to elicit that comment from the court.

After reviewing some of the issues that led to the remark, the answer, not surprisingly, seems to be a bit of both.

In the first instance, a judge shouldn't address an attorney in that manner; it's highly inappropriate.

That said, you can empathize with her frustration when you consider that Apple's lawyers asked the judge to issue an order regarding 75 pages of legal briefings - for witnesses that they knew would never be testifying in the case.

"I am not going to be running around trying to get 75 pages of briefings for people who are not going to be testifying.  I mean come on. 75 pages! 75 pages! You want me to do an order on 75 pages. Unless you're smoking crack, you know these witnesses aren't going to be called when you have less than four hours [left to finish putting in your case]."

Yes, the Judge's comment was improper; but the attorneys weren't blameless in this. At some point, common sense has to intervene, and you can't expect to impose upon the court to wade through tomes of paper over issues that will have - at best - tangential bearing on the outcome of the case.

And, from the clients' perspective, take note: You should absolutely insist that your attorneys refrain from pushing issues (and running up your bill) that have virtually no chance of advancing your case.

In fact, if they even suggest doing so, you have the wrong kind of lawyer.

by Jonathan Cooper [email protected]
Connect with me
Non-Compete, Trade Secret and School Negligence Lawyer
1 Comments
No matter how badly counsel couches any submission to any court, there is a line in judicial decorum that must never be crossed. This judge crossed that line. I recall a Supreme Court Judge dubbed the '13 juror' telling the Deputy Director of Prosecutions, who happened to be a foreign national, to not trust these lawyers because they are crafty. It was a 2 hander for drug importation and a cut throat defence initiated by the codefendant. We were serving the prosecution its hide on a silver platter. Despite the cut throat nature of the defence, for the next hour and 15mins we tag-teamed that judge with a barage that in any other circumstances may have brought contempt proceedings for addressing the court in an intelligent but seemingly nonending attack on the judicial behaviour on display. The judge eventually left looking obviously embarrassed. BTW: My client walked with a unanimous not guilty verdict!
by Gordon Woolridge January 20, 2016 at 08:29 AM
Post a Comment