Why Documents Alone Rarely Get Outright Dismissal of a Case 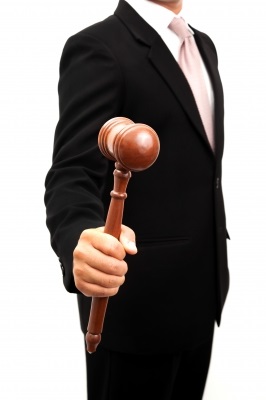 One area where there seems to be the most frequent, and most wide, disconnect between client expectations and reality centers on when/why a court may - or may not - dismiss a case from the get-go.

Some of the more frequent formulations of this question that I receive - and, often, they are from people who rightly (or wrongly) are frustrated by having been sued, and then having to pay money to defend against allegations that they deem nonsensical, or downright frivolous.

For purposes of illustration, some of the various forms of the same question, include "Isn't it obvious that this is all made up/simple retaliation/a frivolous lawsuit? A court couldn't seriously allow a case like this to go on - could it?"

Anyway, you get the idea.

When a Complaint Can Be Dismissed Based Upon Documentary Evidence

In case you weren't aware of it, New York's Civil Practice Law & Rules, also known as the "CPLR," list several grounds upon which a complaint can be dismissed from the get-go.

One of those grounds is "based upon documentary evidence."

"What does that mean?" you ask.

It means that in very narrow circumstances, a court can dismiss the complaint where there are documents that leave no doubt that the complaint has no merit.

As one of New York's appellate courts put it in a decision in All Island Media, Inc. v. Creative AD Worx, Inc.,

In that particular case, an ad agency sought to dismiss an action for breach of contract based upon an advertising agreement that was purportedly made for the benefit of a second business they were starting.

Highlighting the difficulty in prevailing on a motion to dismiss the complaint based upon documentary evidence, the appellate court stated as follows:

There you have it:

Unless the allegations are utterly and completely refuted by the documents, the complaint will be allowed to survive.