Gov. Hochul Has Proposed a Flat Ban on Anti-Poaching. Here's Why it May be a Huge Concern 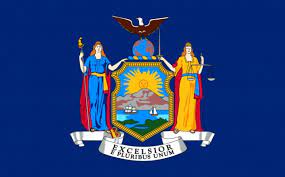 In her hot-off-the-presses 224-page state of the State book, New York Governor Kathy Hochul laid out several broad proposals and initiatives to improve New Yorkers' lives, such as in the areas of rebuilding the State's healthcare economy and school system, protecting public safety, investing in communities' infrastructure and economic development, making New York a national leader in climate action and providing green jobs.

But for our purposes here, one particular proposal caught our attention.

What Governor Hochul Stated With Regard to Non-Compete Agreements

To ensure that our state’s economic growth and recovery lifts up all workers, Governor Hochul has an action plan to protect working New Yorkers:

• Ban Agreements That Limit Workers’ Ability to Move and Work Freely: Governor Hochul will propose legislation to eliminate non-compete agreements for workers making below the median wage in New York State and to explicitly ban all “no-poach” agreements under State antitrust law.

As I, and many others, have written elsewhere, it is hard to imagine an employer having a legitimate business interest in preventing low-wage employees from seeking a better job with a competing interest in their chosen field. So this particular proposal doesn't really pose much concern.

Of course, this is separate and apart from disallowing departing employees from seeking to entice the employer's good will and customers to leave along with them - because that would be a legitimate business interest that is worthy of judicial protection, as New York's Court of Appeals in the seminal case of BDO Seidman v. Hirshberg, 93 N.Y.2d 382 (1999) distinguished non-compete provisions from non-solicit provisions, holding:

"[W]here an employer proffers protecting customer goodwill as the legitimate interest it seeks to protect with a restrictive covenant, the covenant must actually protect that interest. A broad non-compete that baldly prevents competition will not be enforced, particularly where the employer is already protected by a non-solicitation agreement."

What May be of Concern Regarding Governor Hochul's Proposal

On the other hand, the latter part of Governor Hochul's statement, which seeks to "explicitly ban all “no-poach” agreements under State antitrust law," does pose serious concern, if for no other reason than her proposal never bothers to define the scope of what it considers a "no-poach" agreement: is it intended to be largely duplicative of the earlier non-compete ban, and grant new prospective employers a free hand to solicit low-wage employees to better-paying jobs? Or, was this statement intended to signal something else entirely, such as allowing departing employees to poach their former employer's clients, customers, or even fellow employees?

If Governor Hochul's proposal was intended to refer to the latter, that would effectively seek to undo more than two decades' worth of established New York law - and that would pose a HUGE problem - if for no reason other than the gross uncertainty for businesses and departing employees alike.