Why "Merely Speculative" Damages Means You Lose in Court 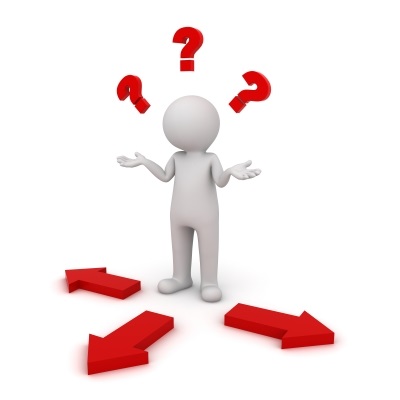 There are certain basic things you need to prove to win commercial or business litigation claims, and particularly so in the breach of contract and non-compete realm. And it can't be based on guesswork or just wishful thinking.

Let's be perfectly clear: I'm talking about the damages that you sustained as a direct result of the other side's breach of your agreement (or duty of loyalty, as the case may be).

Lest you think I'm being overly harsh, consider the following case from a few years back; in my view, it would be a perennial contender for "most absurd lawsuit."

In Kassis Management, Inc. v. Verizon New York, Inc., the plaintiff claimed damages in breach of contract and consumer fraud as a result of Verizon's "promise" to move its phone service from one location to their new business location at no cost, and then later told plaintiff that it would only do so for an "excessive" fee.

Not surprisingly, when questioned under oath at a deposition, the plaintiff's chief executive was "unable to quantify the incoming calls directed to plaintiff during non-business hours during [the relevant time period] nor was he able to identify any business opportunities that plaintiff lost due to missed phone calls."

(How did the plaintiff's attorneys not know this before they actually went ahead and brought the lawsuit?)

The result of the lawsuit was equally unsurprising: the case was dismissed because, in the words of the court,

"Lost profits must be measured by reliable factors which go beyond mere speculation ...

"While such profits need not be proven with mathematical precision, there needs to be more proof than what has been offered by plaintiff. See Locke v. Aston, 1AD3d 160, 161-2 [1st Dept 2003]. Much of the documentary evidence is not actually verifiable. Therefore, the court must dismiss this action based on the lack of reasonable certainty in calculating the injury to plaintiff."

by Jonathan Cooper [email protected]
Connect with me
Non-Compete, Trade Secret and School Negligence Lawyer
2 Comments
Great question, Ed. The answer would most likely depend on whether the Court would deem that liquidated damages provision enforceable, which is a slightly different subject. For additional information on that issue, I would direct you to my article on that subject, "How liquidated damages apply in the non-compete realm." For your convenience, here is a link to that article: https://www.jonathancooperlaw.com/blog/how-liquidated-damages-clauses-apply-in-the-noncompete-realm.cfm
by Jonathan Cooper May 5, 2016 at 03:20 PM
Is this true when the Plaintiff sues on a noncompete agreement and the agreement provides for liquidated damages or a specific sum?
by Ed King May 5, 2016 at 01:17 PM
Post a Comment