Why Most Defamation Lawsuits Fail (at Least in New York) 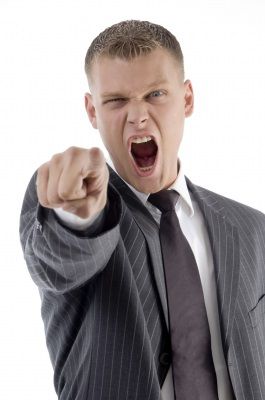 To be sure, it is terribly upsetting when someone else castigates you, and it's worse when it's done publicly. But that doesn't necessarily mean you can win a lawsuit for defamation against them - at least not under New York law.

In fact, there are two (2) primary reasons why most defamation lawsuits fail.

(1) There's a fundamental distinction between false assertions of fact, and mere expressions of opinion. The former is potentially actionable; the latter is not.

To that end, New York's courts have summarized this principle as follows:

"Since falsity is a sine qua non of a libel claim and since only assertions of fact are capable of being proven false,a libel action cannot be maintained unless it is premised on published assertions of fact," rather than expressions of opinion. Brian v. Richardson, 87 NY2d 46, 51 (1995); accord Sandals Resorts International Ltd v. Google, Inc, 86 AD3d 32, 38 (1st Dept 2011).

(2) But there's another reason that many, if not most, defamation claims fail: lack of damages.

In that case, Heredia claimed that that Taylor had publicized nasty allegations about her. Interestingly, the Court did not dismiss the case because the plaintiff's claims were not credible; to the contrary, the Court explicitly noted that the defendant had all but admitted making those derogatory statements.

Why this Case Never Should Have Been Brought

I find this decision disturbing, because if accurate, the plaintiff's attorneys should never have taken the case.

What were they thinking?

Pretty much every case has two elements: liability and damages. Even under the best case scenario, such as where the defendant concedes liability, your case remains worthless if you have sustained no personal injuries or damages. For example, if the defendant runs a red light (or stop sign) as a pedestrian is proceeding through the crosswalk, and the defendant manages to avoid hitting or injuring the pedestrian, what do you think that pedestrian's damages are? That's right - zero; the pedestrian should be grateful.

If the plaintiff sustained no demonstrable or provable damages as a result of the defamation (which more often than not will be the case so long as it remains in the private, rather than small business or commercial context), the defendant could get up and admit making the statements, but it will not change the ultimate result of the case - that it is worthless.