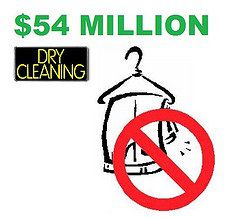 I have often been asked the following question in one form or another:

"This claim is ridiculous. Why doesn't the Court just throw it out, and dismiss the Complaint?"

The short answer is that even if you're right and the claim is absurd, the court has no way of inherently knowing that - at least not at the outset of the case.

If, taking the Complaint at face value, there may be a valid, cognizable claim, New York courts are obliged to give claimants the benefit of the doubt, and give them their "day in court."

As one New York County trial judge recently summarized it:

"[T]he sole criterion is whether the pleading states a cause of action, and if from its four corners factual allegations are discerned which taken together manifest any cause of action cognizable at law, a motion for dismissal will fail." Guggenheimer v. Ginzburg, 43 N.Y.2d 268, 275 (1997). Under CPLR 3211(a)(1), "a dismissal is warranted only if the documentary evidence submitted conclusively establishes a defense to the claims as a matter of law." Leon v. Martinez, 84 N.Y.2d 83, 88 (1994)."

When you're faced with having to defend against a frivolous lawsuit, it is, without question, extremely frustrating. And while there are limited circumstances where it is appropriate to make a motion to dismiss the case at its outset, those instances are few and far between. Consequently, pushing your lawyer to make motion after motion seeking to have the case dismissed at the case's outset - unless there is a very compelling reason to do so - is usually a bad idea: you will probably lose the motion, and worse, spend a lot of money - unnecessarily - in the process.