Why Playing "Gotcha" on Stupid Details is a Terrible Idea 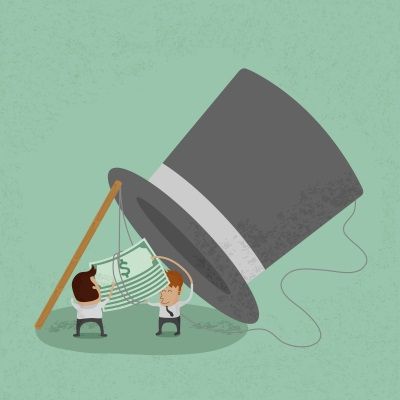 Let me be perfectly clear:

You're not required - nor is it advisable - to reveal your entire trial strategy, or how you intend to poke holes in the other side's star witness's testimony.

But, as King Solomon, in his near-infinite wisdom said: "There is a time for everything."

Lately I've come across a lot - too many - adversaries and parties who can't seem to step away from the game-playing, even over small, insignificant details in a case.

Consider: Recently, I was embroiled in a relatively straightforward breach of contract case. No one was really arguing which contract was at issue, what it said, or what each side did with regard to abide (or not, as the case may be) its end of the agreement. The only real question left was how much damages the plaintiff suffered as a direct result of the defendant's breach of the contract.

Yet, with trial only weeks away, when called upon by the Court to submit a set of the uncontested facts and trial exhibits in the case, my adversary insisted on proposing decidedly one-sided stipulations, that even a most cursory review would reveal to be totally unacceptable from my client's perspective.

Why the Incessant Game-Playing in Litigation is an Awful Idea

There are several reasons why constant, continual attempts to take advantage over your adversary, particularly over relatively minor details is bad for your case, and for the lawyer's business in general. Here's just a few:

(a) First, the Court will probably try to make things right, thereby eviscerating whatever minor advantage you thought you might have gained from the game-playing; and,

(b) Second, the Court will view you as untrustworthy, which is a decidedly bad thing.

(2) On top of the Court viewing you as untrustworthy, your adversary won't trust a word out of your attorney's mouth. As a practical matter, that will kill any chance you have of moving your case forward expeditiously - and less expensively.

(3) Your attorney's reputation will take a beating. Yes, in legal circles, just like in any business, word and reputation gets around. And if your lawyer is known for being shady or dishonest - even if he's known for being a super-agressive pit bull - no one will be inclined to believe him when he's trying to resolve your case in your best interests.

Still think you have to play "gotcha" at every turn?

by Jonathan Cooper [email protected]
Connect with me
Non-Compete, Trade Secret and School Negligence Lawyer
1 Comments
Good article. I notice Judges often notice and remember Counsel even when it relates to a different matter where Counsel may have a good case
by Kebby Wishimanga October 11, 2015 at 02:15 AM
Post a Comment