Why Restraining Orders Are Crucial in a Non-Compete Case 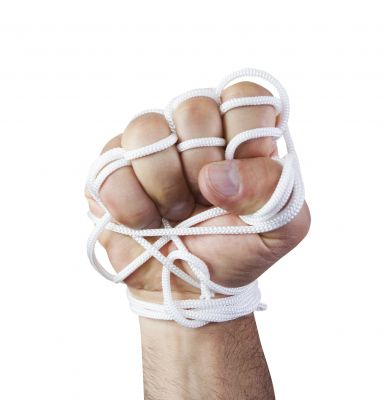 Image: Danilo Rizzuti courtesy of FreeDigitalPhotos.net
Frequently, the first step in a case alleging that a former officer or employee breached a fiduciary duty by violating a non-compete clause is the company's filing of a request with the court for a temporary restraining order, which in legal circles is known by the shorthand abbreviation, "TRO."

At this point, you're probably wondering 1) "What does that mean?" and, 2) "Why is this filing so signficant?"

Practical Considerations and Implications of a TRO

The Nature of the Relief Sought

Naturally, such an order can put a lot of pressure on the former employee, who may now be without a paycheck, which we can all agree that this is very signficant, and potentially devastating: a TRO can force this employee out of a job before it even begins, and deprive him of the ability to work in his chosen field until a further order of the court undoing that initial TRO is issued.

The Company's Burden of Proof

Given the high stakes involved, it should come as no surprise that the company which is seeking this extraordinary relief bears a high burden of proof on its request for such an order - i.e., that it has a legitimate business interest worth protecting, and that unless this emergent relief is granted, it stands to suffer immediate and irreparable harm.

As a practical note, if the Court grants TRO, it is signalling its view that the company is likely to ultimately prevail at the conclusion of the case.

Thus, the importance of that should be relatively apparent: before the employee expends significant sums defending this action, the Court is giving him insight into its thinking on the likely ultimate outcome of the case.

The Best Way to Defend Against the TRO

In most circumstances, particularly in New York, the company will be obliged to provide the employee with notice that it will be filing the application with the court for the temporary restraining order, in order to afford the employee a chance to oppose their application - even before it is signed.

This opportunity to be heard on the company's application should not be taken lightly - and here's why:

Since the company is seeking extraordinary relief, in that they are seeking a court order barring someone from going to work, the court will not sign off on such an order lightly. To the contrary, the court is obliged to closely scrutinize their application before granting their application.

Therefore, it is often a good idea to retain an attorney that is knowledgeable about this area of the law (i.e., non-compete agreements) to analyze your particular contract to ascertain whether there are any glaring holes in the agreement that might persuade the court to decline to sign off on the company's application in the first instance.

Why You Should Fight the TRO Before It's Signed

There are a number of powerful reasons why it makes sense to fight the TRO before it is signed rather than waiting until after it is signed to fight it on a full set of briefs that are filed with the Court.

Here's three (3) of the top reasons to fight the TRO from the very outset: