Why Suing Teen's Cyberbullies & Their Parents Was a Bad Idea 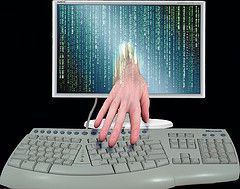 At the risk of stating the obvious, what these parents did, by suing both their daughter's bullies and their respective parents is a highly unusual move. Not surprisingly, these reasons also happen to be why it wasn't a particularly good idea in the first instance.

There are several reasons for this, including the following:

(1) It is highly unlikely that a court in any jurisdiction, let alone Texas, will hold the parents liable in negligence for failing to curb their child's bullying behavior;

(2) It is highly unlikely that any of these alleged bullies have assets to satisfy any monetary judgment that the plaintiff's might ultimately achieve;

(3)  It is highly unlikely that any of these alleged bullies will be covered by any insurance policy for their acts.

(4) By bringing the lawsuit - and a tenuous one at that - they are bringing more attention to their daughter's situation, which would likely increase her anxiety, without the positive counterbalance of the likelihood of a successful recovery (that would theoretically make the idea, at least in theory, more palatable).

I certainly empathize with the parents of this teen who was being targeted for bullying. But I do question whether this was the most effective way to combat it, especially when this case stands a strong chance of being thrown out of court, while generating a lot of negative publicity for them - and their daughter.