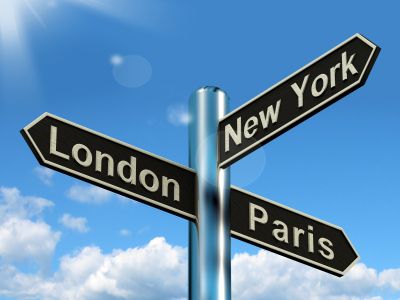 If you thought the forum selection clause in a non-compete agreement isn't important, think again.

In fact, it may prove to be the single-most important clause in your agreement.

New York's courts are more favorably disposed towards an employer’s right to protect its legitimate business interests than many other jurisdictions. But you don't need to take my word for it; consider this bit of advice, which is adapted from an article that was recently published in Marketwatch: If you assume that your business is protected just because you have a "key" employee sign a non-compete, think again.

Similarly, Virginia, Massachusetts and Minnesota have proposed laws curtailing non-compete clauses, and an Illinois appellate court recently ruled that a non-compete cannot be enforced against a former employee that worked for a company for under two years.

"Why would the states do this?" you ask.

Because there is a growing body of literature suggesting that non-competes are inherently bad for the economy, as they not only hinder competition, but inhibit those individuals from maximizing the income they can earn from their unique blend of talents.

To that end, courts will almost always defer to the parties’ choice of forum for resolving disputes. Therefore, employers (who usually are on the drafting end of these agreements) should take extra care in selecting where they want these disputes to be litigated (or arbitrated, as the case may be).

To drive this point home, a cursory review of the four-part analysis that New York’s Federal courts have endorsed to determine whether to enforce a forum selection clause reveals just how hard it is to invalidate one of them.

The first three parts of the analysis are as follows:

“The first inquiry is whether the clause was reasonably communicated to the party resisting enforcement. The second step requires us to classify the clause as mandatory or permissive, i.e., to decide whether the parties are required to bring any dispute to the designated forum or simply permitted to do so. Part three asks whether the claims and parties involved in the suit are subject to the forum selection clause.”

“If the forum clause was communicated to the resisting party, has mandatory force and covers the claims and parties involved in the dispute, it is presumptively enforceable” and the court should proceed to the fourth inquiry, which is “whether the resisting party has rebutted the presumption of enforceability by making a sufficiently strong showing that ‘enforcement would be unreasonable or unjust, or that the clause was invalid for such reasons as fraud or overreaching.’ ” Phillips v. Audio Active Ltd., 494 F.3d 378, 383, 384 (2d Cir.2007) (quoting M/S Bremen v. Zapata Off–Shore Co., 407 U.S. 1, 15, 92 S.Ct. 1907, 32 L.Ed.2d 513 (1972)).”

In other words, it is very hard to imagine a circumstance where a court will invalidate a forum selection clause. Therefore, considering that some jurisdictions have more favorable rules towards employers in these kinds of disputes, it stands to reason that the parties should be very careful when choosing the forum for resolving these disputes.