How Fraudulent Inducement Claims in New York Are Won (& Lost) 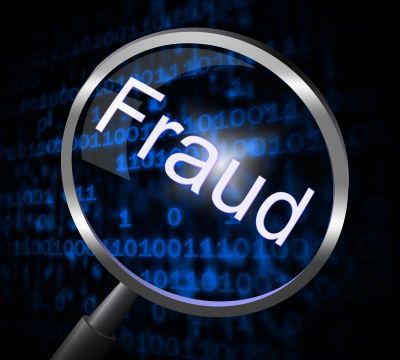 In the aftermath of a deal gone bad, some may be quick to claim that they were duped, or led down a false path and thereby coaxed into the deal, and should therefore be permitted to get their money back out (assuming that money is still around to be had).

In legal terms, this is generally referred to as "fraudulent inducement."

But, before you bring a claim under this particular cause of action, you should be forewarned: New York has specific requirements for these claims, and if they are not met, the Court is obliged to dismiss the action, often at its very outset.

To that end, New York's courts have set forth the pleading requirements (i.e., what you must set forth in your complaint) in order to sustain a fraudulent inducement claim, and stated as follows:

"To plead a cause of action for fraud in the inducement, a plaintiff must plead a misrepresentation or a material omission of fact which was false and known to be false by defendant, made for the purpose of inducing the other party to rely upon it, as well as justifiable reliance of the other party on the misrepresentation or material omission and injury caused as a result of that reliance (see Orchid Constr. Corp. v. Gottbetter, 89 AD3d 708 [2d Dept. 2011]; Northeast Steel Prods., Inc. v. John Little Designs, Inc., 80 AD3d 585 [2d Dept. 2011]; Hense v. Baxter, 79 AD3d 814 [2d Dept. 2010])."

A word of caution is in order here: this is not an easy thing to prove; in fact, most fraudulent inducment claims are doomed to fail - at least in New York.

Let's get a bit more specific, and explain why that is.

Why Most Fraudulent Inducment Claims Are Likely to Fail

As you may know, fraudulent inducement claims are, as a general rule, closely related to a breach of fiduciary duty claim.

And the reason is fairly straightforward: in both instances, the plaintiff is claiming that they relied to their detriment upon the defendant's representations and/or close relationship.

One area in which these claims tend to arise is in the context of employment agreements - more particularly, where an employee (plaintiff) is coaxed into leaving their current job in order to take a job at a new company (defendant), and the job either turns out to be markedly different than advertised, and/or is very short-lived.

For most employees in this situation in New York, however, there is one almost sure-fire way to defeat these claims in New York: where the defendant hired the plaintiff as an at-will employee, the defendant generally reserves the right to terminate the defendant at any time.

And the reason that this will almost automatically mean defeat for the fraud claim should be fairly obvious:

In other words (and in legalese), a fraudulent inducement claim stands at odds with an at-will employment. Or, as one of New York's appellate courts recently put it: