How to Solicit Old Clients Without Breaching a Fiduciary Duty 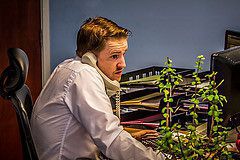 Contrary to popular belief, there are many instances where a former employee can solicit clients from his old employer without being deemed an inherent breach of fiduciary duty - at least under New York law.

Indeed, New York's appellate courts have been fairly clear about the rules governing solicitation (or poaching) vis-a-vis fiduciary responsibilities to a former employer, and have articulated the standard as follows:

"[S]olicitation of an entity's customers by a former employee or independent contractor is not actionable unless the customer list could be considered a trade secret, or there was wrongful conduct by the employee or independent contractor, such as physically taking or copying files or using confidential information. The use of information about an employer's customers which is based on casual memory is not actionable."

This should come as no surprise at all, particularly given the general disfavor that the courts have expressed towards non-compete clauses.
As we've noted elsewhere (see, e.g., "To Compete or Not to Compete - the Definitive Insider's Guide to Non-Compete Agreements Under New York Law"), this question cuts across different doctrines - both breaches of fiduciary duty and the law with regard to the enforceability of non-compete agreements in New York.
Now, if you are a New York employer, however, fret not: you probably still stand a far stronger chance of success in enforcing this clause than many other jurisdictions across the country. (See, e.g., "Why Massachusetts May Be Employee Heaven (at Least for Non-Competes")).

So, what criteria will New York's courts look to in deciding whether to enforce the terms of a clause barring the solicitation of the company's clients?

Fortunately, New York's courts have provided some guidance on this issue, stating as follows:

There is an important caveat to this rule, though: This is almost always a case-sensitive inquiry.

This means, that as a practical matter, it is highly unlikely that such a claim - even if it is a very weak one - will be dismissed before a fair amount of discovery, such as document exchange and depositions have been conducted. Thus, unlike many other areas of the law, you should not take decisive action on this type of issue unless and until you've spoken with a lawyer knowledgeable about this area of the law.